The big dividends of small talk

The big dividends of small talk

At school our English teacher told us that when someone says “How do you do?" to you, you reply by asking him the same question. “How do you do" is a form of ritual greeting, and not a request for information. It would be comic if you answered that question by saying, “I have caught a bad cold, but I am getting better now." The use of “how do you do" was once considered the mark of good breeding, the test of someone’s upper class background: Nancy Mitford popularized the terms U and non-U to indicate class.

Conveying information is not the only function of speech. When people meet for the first time in the day, at a newspaper store or by the corner shop, or while jogging or walking the dog, there is a brief exchange of words as in this example.

John: How was your weekend?

Another favourite subject that starts a conversation is the weather.

Never had such heavy rain in March.

The weather has been mild this week. 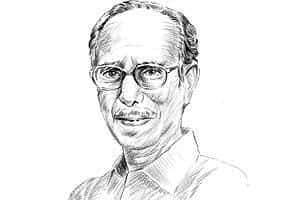 This kind of casual exchange takes place all the time as people accost each other on the street. Bronislaw Malinowski named it phatic communication. It includes verbal and non-verbal communication and aims at sharing feelings rather than purveying information. Human beings are social animals and they are, therefore, gregarious. That makes they want to show friendliness. This is done by small talk.

Certain topics easily fit into small talk, and certain others are not acceptable. In the following sentences, the speaker has touched upon subjects which are best avoided.

Have you decided whom to vote for?

I hear his wife has left him.

Got the new job? You must be getting a fat cheque now.

If the two persons are friends or acquaintances, small talk helps them to start informally and then get into more important topics. In a couple of minutes they have their vibes right.

Small talk can be of service when the conversation stops and people become silent. This can be very awkward if it happens during a party. At such times the host or the leader of the group puts the conversation back on the rails. Perhaps he introduces a new subject. “By the way, I forgot to tell you: yesterday the match was abandoned."

There is small talk even in your office or work place. Here it is generally small talk among people of the same level. Short spells of small talk can reduce the gap between senior and junior executives. If there is a topic, it must be one that interests both sides.

Being able to contribute to small talk is today a prized social skill. Since attending business lunches and get-togethers is part of the game, young executives try to learn the skills. A friend of mine used to rummage through old copies of Readers Digest to collect anecdotes and bons mots which he could use in small talk.

There is admittedly a gender difference here. Topics for small talk among women tend to be more personal. They often include compliments to each other about their smart or elegant appearance, and the design of their clothes. “You look wonderful" is a compliment most often heard. Moreover, there is more openness between them, and their talk may cover aspects of personal life. But certain doubts remain. Can a woman start small talk with a stranger she has just met at the bus stop? Are there subjects that are culturally inappropriate as small talk with women? Attitudes towards such subjects are changing and women’s small talk may not long be restricted to innocuous topics such as fashion, design and cuisine.