The populist assault on incentives

The populist assault on incentives

The Popular perception of India’s governance failures revolves around corruption, wasteful subsidies and inefficient service delivery. While all these are undoubtedly matters of great concern, a more pernicious form of degeneration involves the transformation of public incentives.

Unlike one-time election handouts such as television sets or mobile phones, or even subsidies for oil and food, policy announcements such as free power or farm loan waivers do far-reaching systemic damage. Apart from the fiscal burden, they leave a trail of incentive distortions that destroys efficiency, encourages waste and pilferage, and generates even more fiscal strain. 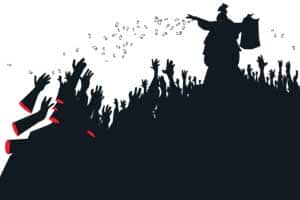 Unfortunately, India has several examples of such “assaults on incentives". One of the worst is the supply of free farm power. Its huge financial burden is only part of the story. More worryingly, it has triggered a series of systemic distortions. Free supply destroys all incentives to optimize usage. Inefficient cropping patterns and use of high-capacity motors have depleted water table levels alarmingly. Governments have been forced to limit rural three-phase power supply, vital for sustaining any non-farm economic activity, to no more than seven-nine hours daily. Given limited commercial returns, utilities have little incentive to improve their rural distribution network. Finally, what started in one state has spread across the country and triggered similar demands among other categories of consumers.

Another example is farm loan waivers. Recurrent waivers have institutionalized a moral hazard in farmers, encouraging them to default. Banks view farm loans as the most likely to become a non-performing asset. Of greater concern is that such loan waiver programmes are now spreading to cover other segments of borrowers. A few states now offer interest waivers on self-help group (SHG) loans. This has the potential to undermine the painstakingly built up thrift and repayment habits of SHGs, vital to the success of this vibrant social and economic empowerment platform. It is a matter of time, especially before a high-stakes election, that some party comes up with a grand plan to waive off the loan itself.

Recurrent loan waivers have institutionalized a moral hazard in farmers, encouraging them to default. Photo:Hemant Mishra/Mint

These trends will generate and deepen moral hazard among borrowers and disincentivize financial institutions from lending them. A generation of people accessing these benefits would have become formal defaulters and their credit-worthiness compromised. It will also go against the government’s objective of “total financial inclusion" and “adequate supply of farm credit". Housing loan defaults will hamper the development of a vibrant housing mortgage market for low-income housing, a critical requirement to ensure “affordable housing for all".

Similarly, there is growing evidence that the flagship national employment guarantee scheme, despite its laudable objective and considerable achievements, is distorting incentives to work. Its exclusive focus on unskilled manual labour-intensive works and the assurance of a steadily growing minimum wage at people’s doorsteps is adversely affecting workforce productivity. Apart from eroding the work ethic of unskilled workers employed, it may also be disincentivizing the search for more productive employment opportunities. Most worryingly, all these may have contributed to transforming it from an unemployment insurance to yet another routine welfare entitlement programme.

Econ 101 teaches us that “people respond to incentives". Unfortunately, incentives are as much a force for bad outcomes as they are for good ones and have a steep slippery slope. Misaligned incentives get entrenched and can imprison the minds of a generation. Further, it embraces additional stakeholders, who coalesce with the original beneficiaries into a formidable coalition with strong interest in its perpetuation. This makes its rollback politically very difficult.

Such incentive distortions have the potential to inflict greater damage in the days ahead, especially since the government’s ability to deliver many services is diminishing. The magnitude of demands has been rising rapidly and the private sector has emerged as a large provider of these services. Therefore, a large portion of society will have to rely on private provisioning. However, the legacy of incentive distortions will discourage the private sector from meeting a vast majority of this demand.

Another disturbing consequence of this trend is the complete marginalization of the original policy objective. For example, instead of being a one-time measure to ease farmer’s distress due to a variety of factors, loan waivers are demanded as an entitlement once every couple of years and have become an instrument for political parties to purchase votes in a game of competitive populism.

Resolving such incentive distortions is not easy, especially in politically raucous democracies such as India. But if unresolved, the contribution of other growth drivers will be weakened and our growth potential will remain unrealized.

Gulzar Natarajan is a civil servant. These are his personal views.