Just a few days before the monetary policy announcement for the first quarter of 2012-2013, the Reserve Bank of India governor D. Subbarao chose to talk about the centrality of inflation. The occasion was the launch of the collected writings of one of his illustrious predecessors, the late I.G. Patel. He quoted Patel, saying that the supreme test of monetary policy was its ability to check inflation without hurting growth. Notice the sequence. Implicit in this formulation (Patel’s, not Subbarao’s) is that inflation control is the objective, and not hurting growth is the constraint. You can’t switch the objective and the constraint. Of course, there is no such single objective mandate given to the RBI. But the RBI watchers would be deluding themselves if they don’t attach a higher weight to inflation control in the RBI’s current priorities. 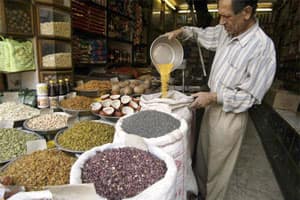 The asymmetry is compounded by the non-linearity in the growth-inflation trade-off. Add to this fiscal non-cooperation. The government has shown scant evidence of any expenditure restraint. Take the case of minimum support price (MSP) increments approved by the cabinet committee on economic affairs. For 2012-13, the MSP will be hiked as follows: cotton by 18-29%, paddy by 16%, jowar by 53%, groundnut by 37% and urad by 30%. Administered prices on coal at e-auctions or for linkage coal have been hiked, but not reduced to match global price movements. Railway freight only goes in one direction—up.

Various entry taxes and tolls have added to the ultimate cost of goods to consumers. A much-awaited diesel price hike will on the one hand reduce the deficit, but on the other hand may also add to inflation in the near term, since the hike can potentially cascade. The fiscal burden of the food security bill, though justified, won’t be small. On the revenue side, we won’t see buoyancy without strong gross domestic product (GDP) growth, or much greater tax compliance or the nationwide rollout of the goods and services tax (GST). The sale of the government’s share in public sector companies or of 2G spectrum shouldn’t be counted as current receipts, but as capital items.

Between March and June global crude oil prices fell by more than 35%, whereas the rupee fell by around 20%. Even other commodities fell sharply. This could have provided a multiple silver lining. With the Chinese yuan still holding up, the rupee weakening provides an additional cushion of competitiveness for exports. Falling crude and declining demand for gold takes off the pressure on the current account deficit. Unfortunately, in the past four weeks, crude prices have hardened by 10%. Consumer price inflation is stuck in double digits, with vegetables, oil and milk prices rising 15-30%. The non-core part of wholesale price index inflation is softening, but that may be temporary. It may reverse as global commodities start to harden, or the rupee slips further.

As if all these inflation clouds weren’t enough, the monsoon clouds have played truant. By July-end the shortfall in rains is more than 50%, especially in the north. Perhaps a fifth of the kharif crop production (autumn harvest) is already lost, making it a drought-like situation. North America is already reeling from a severe drought, which will cause global food prices to remain high.

With such inflationary conditions, it is rather difficult to expect a monetary slack. The governor might do well to resort to other instruments like a selective sector-wise credit squeeze, and partial relaxing of liquidity constraints. Inflation impacts the poor much more immediately than the impact of foregone growth. That a growth boost is needed is undoubted, but it will have to come from other quarters, not the monetary policy. The rate cuts in South Korea, China and Australia are supported by a much better fiscal framework, and a much less pressing inflation problem.

Through selective credit controls, the Chinese have been successful in beating real-estate inflation and hence had room for a cut. China’s reserve ratio is much higher than India’s. The South Korean rate cut was the first since 2009 and, hence, belated. The RBI would be ill-advised to blindly imitate its Asian counterparts.

I.G. Patel, quoting co-author E.M. Bernstein, once said inflation is as much a sociopolitical phenomenon and not merely a monetary one. It is a social tug of war between one section of society that wants a higher share of income than the other is willing to surrender without a fight. Seen in this light, the RBI’s job to be the arbiter in this social tug of war, and reduce social tension, without sacrificing the expansion of future economic opportunities. For the present, that would mean not blowing the whistle for a rate cut. Not yet anyway!

(The Reserve Bank of India will announce its first quarter monetary policy review for fiscal 2013 on 31 July. This is the fifth in a series of articles by eminent economists on what to expect from the policy.)