Home >Opinion >Online-views >Learning to preach what they practise

Learning to preach what they practise

Learning to preach what they practise

Should democracies, particularly rising ones such as India, Brazil, South Africa, Turkey and Indonesia (IBSATI—an acronym coined by Brookings Institution scholars Ted Piccone and Emily Alinikoff), seek to preach and promote democracy to others? In principle, the answer appears to be a no-brainer and in the affirmative. However, in reality the promotion of democracy by other democracies has never been straightforward.

Indeed, some of the leading democracies of the world have often supported authoritarian regimes. The US, the world’s leading democracy, has been particularly guilty of this charge, backing odious undemocratic regimes from Chile to Pakistan and the Philippines. This aberration was justified by Washington with a quip that a dictator “may be a son of a bitch, but he’s our son of a bitch".

Similarly, even the multi-ethnic, multi-cultural democratic emerging economies represented by IBSATI have been uneven in their promotion of democracy in their immediate neighbourhood. For instance, India’s 1971 intervention in Bangladesh set the country on the long and winding road to democracy while its 1988 role in the Maldives helped prolong the life of an authoritarian regime. More recently, New Delhi cozied up to the military junta in Myanmar while voting against Sri Lanka’s human rights record in the UN’s Human Rights Council. 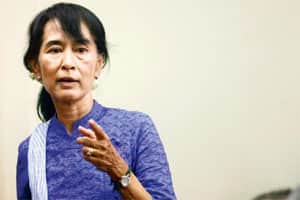 This trend suggests that three key characteristics have determined democracy promotion. First, no power, however principled, is likely to promote democracy to the detriment of its own national security. Second, as a corollary, democratic powers (or even some undemocratic ones) are likely to promote democracy only when it is expected to enhance or at the very least not undermine their national security or interests. Finally, most of the IBSATI countries, which are able to determine their national interests in their immediate neighbourhood, are finding it more difficult to make a similar determination outside their local areas of influence, leading them to follow their default positions of practising but not promoting democracy.

However, as IBSATI economies become inexorably intertwined for resources and markets with countries out of their immediate areas of regional influence, their comfortable policy of masterly inactivity is likely to become detrimental to the promotion of their own national interests. Thus, there is a need to recognize the strategic import of democracy promotion particularly in areas undergoing profound political changes, such as the Middle East, in strengthening the economy and furthering one’s national interests.

To use the democracy promotion tool strategically India will have to work closely with the other IBSATI democracies as well as the democratic permanent members of the UN Security Council at the bilateral, regional and multilateral levels. One option might be to work in countries in transition on joint low profile, bottom-up approaches to promote local governance structures. A parallel option might be to enhance the role of the UN’s Democracy Fund and the Community of Democracies. This will also require the rising democracies to insulate their efforts from the strategic instincts of the undemocratic members of BRICS. Here India’s decision to separate the IBSA summit from the BRICS summit is a good start and should be built upon in the coming months.