The economic scenario at the moment is anything but cheerful; gross domestic product (GDP) growth has been decelerating steadily; it has come down from 9.2% in the fourth quarter of 2010-11 to 5.3% in the three months ended 31 March. Consumption growth has come down from 8.1% in 2010-11 to 5.4% in 2011-12; investment growth has declined from 11% in 2010-11 to 5.3% in 2011-12. Further, the twelve monthly moving average of the Index of Industrial Production stood at 2.1% in May 2012, compared with 7.6% in May 2011. Notwithstanding these developments, policy rates continue to remain elevated as the headline Wholesale Price Index (WPI) inflation has become sticky in the 7.2-7.7% range between January and June.

It is interesting to note that should we divide inflation into core and non-core, then the following picture emerges: 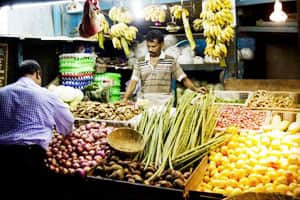 The Reserve Bank of India (RBI) could consider all non-food manufacturing items in this category. The non-core items are more volatile, and more vulnerable to supply and price shocks; examples are primary food and fuel.

Higher interest rates with a lag affect demand growth negatively, which, in its turn, is expected to impact inflation. However, this linkage is spread out over several quarters and happens to be extremely tentative. This made the current Economic Survey to admit that the linkage between monetary policy instruments and inflation is apparently “slender". Anyone who has studied the time lag procedure in transmitting the impact of interest rate hike on inflation in India will find it difficult to disagree.

Incidentally, our research findings for the period 2005Q1 to 2011Q4 are somewhat similar. Econometric modelling shows that repo rate with a lag of one quarter has a negative impact on GDP growth. However, an increase in repo rate with one quarter lag pushes up inflation; in the subsequent two quarters, the impact turns negative with low statistical significance. This essentially means, in terms of expectation building, the apprehension of a repo rate increase would make economic agents to build it into their costing for the next period. In the subsequent two quarters, this may lead to a marginal decline in demand, thereby necessitating some price discounting. Should one look at the total impact of a policy rate increase on headline inflation, it is, at best, tentative.

Looking ahead, it appears that given the inadequate quantity and spread of rainfall, the apprehensions about food and agricultural raw material would have some impact on 2012-13 inflationary expectations. This will be particularly true in certain food items such as pulses and edible oil. Fortunately, international agri commodity prices are coming down, which provides an opportunity to import and stock up shortage items. So far as manufacturing is concerned, the international commodity and metal prices are coming down and the apprehension of a policy rate hike is less at the moment. Secondly, demand is far from buoyant, hence, the ability to take a price increase is limited; hence, on the core inflationary expectation there is a negative pull. As core inflation has 55% weightage in the WPI inflation, the prospect of headline inflation going awry is limited. This will be further buttressed by the fact that international fuel prices are expected to remain range bound.

Given this scenario, it makes eminent sense to lower the policy rates by at least 100 basis points in the immediate future for expanding both consumption and investment demand. One basis point is one-hundredth of a percentage point. However, there is one caveat: sectoral allocation of credit needs to be watched carefully, given the delicate nature of the supply demand situation in the food economy. While adequate liquidity will help in reviving agricultural and industrial growth, basically the use of misdirected credit for speculative play in commodities will need careful monitoring.

Siddhartha Roy is economic advisor to the Tata Group.

(The Reserve Bank of India will announce its first quarter monetary policy review for fiscal 2013 on 31 July. This is second in a series of articles by eminent economists on what to expect from the policy.)