Of all the reasons given to counter charges that Narendra Modi failed to protect the lives and property of thousands of Gujaratis (a large majority of them being Muslims) in the 2002 riots that followed the burning of a train compartment in Godhra in which 58 Hindus died, the most despicable is to equate those riots with the anti-Sikh riots of 1984 in northern India. It is despicable because it suggests a bizarre parity: if Congress supporters can target Sikhs after two bodyguards (who happened to be Sikh) assassinated Indira Gandhi, the Bharatiya Janata Party (BJP) can also act with impunity. 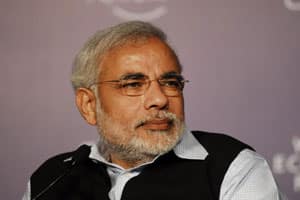 Of all the rationales of Modi’s conduct then, the least persuasive is that he acted quickly, ordering preventive arrests and restoring law and order. While initial rioting stopped in four days, it resurfaced about 10 days later, and went on for months, where mosques were razed, property destroyed, people uprooted and killed, with the last embers of fire subsiding only in June, a full four months after the initial spark.

Of all the hype surrounding Modi, the oddest are some of the claims concerning the state’s economic performance. Gujarat has done well in recent years, but it lost ground soon after the riots, picking up pace only later.

In the five years between 2004-05 and 2009-10, Gujarat’s per capita income nearly doubled from Rs32,021 to Rs63,961. In the same period its neighbour Maharashtra, the perceived languishing laggard, saw its per capita income grow from Rs35,915 to Rs74,027. Several states besides Gujarat have shown triple digit growth in their gross domestic product (the value of goods and services produced in a year) in recent years, and Maharashtra, Tamil Nadu and Uttar Pradesh have bigger economies. Gujarat now runs a revenue deficit—it spends more than it earns—and its surplus has disappeared. Several other states have improved their fiscal positions meanwhile. Reforms? Five states passed the Fiscal Responsibility Act before Gujarat did in 2005, and 20 states preceded Gujarat in implementing value-added tax. Surplus power? Several states, including some in the North-East, have that. Agricultural growth? And did the Narmada project, which preceded Modi, have nothing to do with it?

Of all the reasons given excusing Modi’s role in 2002, the least dignified is the idea that Gujarat’s economic growth offsets and, therefore, somehow compensates for the butchery of those months. To cite a good deed to mitigate the effects of a bad one is often irrelevant and such reasoning is contemptible.

Of all the achievements ascribed to Modi, the most tenuous credits Gujarati entrepreneurship to Modi’s leadership. Gujarati businesses have thrived in hostile business climate in different parts of the world. Remove controls and streamline procedures, and Gujarati traders will do even better. To claim credit for that is like a Kashmiri chief minister claiming credit for the beauty of his state.

Of all the justifications for Modi, unusual is the characterization of the special investigation team’s (SIT) reported “clean chit" to exonerate him, as if it paves the way for his path to the office of the prime minister. That assumes there are no other rivals within the BJP, and that he will be acceptable to allies in spite of the taints. SIT’s report, not yet public, appears to suggest that a case implicating Modi in the Ehsan Jafri murder may be difficult. Threshold for evidence in criminal trials is understandably high, and proving complicity is not easy. But Jafri’s was one of nearly 1,000 deaths in Gujarat at that time (going strictly by the official count). If not Modi, who was responsible for that colossal and systemic failure of law and order in those months? To suggest that the victims’ loved ones and the survivors should move on and let bygones be bygones, insults the survivors tenaciously seeking justice. Time heals wounds, but impunity and denial of justice revives pain.

Of all the assertions about Modi’s Gujarat, the least convincing is the way those cases are being handled. Victims have found it hard to get local lawyers in Gujarat. Witnesses have faced intimidation. The Supreme Court has had to transfer cases out of the state, and judges have chastised the state for using its powers to prosecute the victims’ rights activist Teesta Setalvad.

And so, of all the potential and credible contenders to be the next prime minister, the least deserving candidate is Narendra Modi.