The last few decades have seen unprecedented economic prosperity in human history. Despite the recent shocks to the global economic system, never before has business flourished so much globally with newly emerging economies such as China and India being able to raise millions of citizens from destitution and poverty. The rise in living standards, globalization, expansion of choice and high disposable incomes have also led to increases in consumer spending and indulgence. The standard of life is now linked strongly with higher consumption. In fact, this has become so much pervasive, almost bordering on the irresponsible, that the slowdown we are experiencing today is attributed to such over-consumption bred by a consumerist culture. For the last 50 years, marketers gave consumers what they wanted: more goods, less cheaply, replaced more frequently and guzzling massive natural resources. We developed mass revolution of consumption but at enormous cost. This attitude, as we have seen, is beginning to threaten the most basic need for sustaining human life…a clean and healthy environment.

The good news is that corporate leaders and policy makers have begun doing their own bit of soul-searching to create business and economic models that are sustainable. Considering the overwhelming number of such discourses, one feels tempted to argue that the world seems to have entered a new post-materialist age characterized by a greater sense of urgency on responsible consumption. This transformation is beginning to occur at three levels: individual, societal and national. Individual-level sensitizing is coming in through better awareness and education meant to influence the psyche from a young age. This is more visible in the developed world. Societal-level impact is being introduced by larger organizations, both public and private. National-level changes are occurring in the form of regulations as well as the fiscal incentives being announced by various governments. 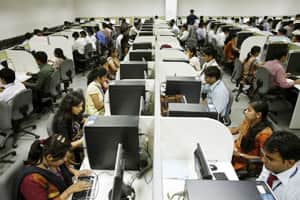 There is enormous transformation that is occurring in many companies globally and in India. One of the fastest growing space is information technology (IT) and information technology enabled services (ITeS) in India. Here, positive impact is being created in three areas. First, on creating energy conservation with more efficient products, as the biggest impact on the environment is created with energy-saving products. Second, on taking steps to use more bio-based plastics or recycled material and even setting up a mechanism to collect and recycle their own produce from customers after use. Third, on reducing greenhouse gas emissions by investing in practices to reduce carbon footprint. The interesting part is that all of this is not being done to show a good image but these steps have helped produce better profits for Indian IT companies.

HCL Technologies Ltd has a green data centre which it says has reduced emissions by 10% since 2007. Lenovo Group Ltd successfully performed its first external verification of greenhouse gas (GHG) data management, GHG inventory and GHG reductions in May. Dell Inc. has responded by building energy-efficient data centres that rely on virtualization and smart servers. Dell has engineered its systems to be 25% more energy efficient since 2008.

Canon Inc. has introduced steps to reduce electricity and uses this as one of the key performance indicators for its team. It reduced power consumption in Indian facilities by 7.3% last year despite a 21% growth in business that would have otherwise required more consumption. It declared all Wednesdays as delite days, when everyone has to leave office by 5.30pm. It has converted 25% of its office printing to duplex to save paper. It computes impact on saving trees and shows this saving as 58 trees saved last year. In its products technology, it has started using 100% recycled plastics and launched products and services that can save 70% electricity and over 30% printing. MindTree Ltd, a Bangalore-based IT company, deploys Canon solutions and has confirmed 50% savings on paper consumption and 25% in printing.

The twin role of government is crucial in this pursuit. Public procurement is substantial in India. There is tremendous scope for such procurement to make the government a responsible user as well as a catalyst in encouraging more thrust by the private sector in producing ecofriendly products.

Those who have demonstrated some success in this area have shown that to build momentum, it is essential to integrate innovation, collaboration, process improvement and sustainability reporting. It is important for companies to be able to change their products and services towards less waste production and sustainable best practices. It is not a charity any more. It is profitable and sensible for future growth for all companies and they know it well. After all, it is doing well by doing good.