What we see, we believe, right? After all, seeing is believing.

It is because of this belief that today we have so many news channels. To influence and tap the beliefs of the millions who watch them.

A classic example would be the numerous shows featuring Nirmal Baba (alias Nirmaljit Singh Narula) on almost 35 channels, including 15 news channels. Paid slots showing a large number of devotees getting advice and solutions to problems have made this former businessman into a baba reportedly worth crores (a few reports claim an annual turnover of more than ₹ 200 crore!).

Many such gurus have been produced earlier by our media, but the massive scale of the impact of Nirmal Baba over a very short period overshadows earlier efforts. The strategic use of television channels (even prime time), Facebook, Twitter and regular congregations has produced massive support for the baba from the evidence on screen. After all, Indians like to believe in miracles, especially when they are enacted and endorsed on our television screens. 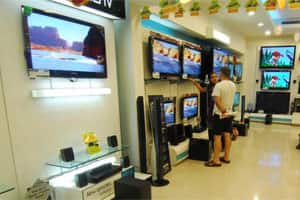 But what irks me is how news channels are resorting to these shows to sustain television rating points. My issues are twofold. One, these are paid slots and not news or current affairs programmes, so what are they doing on a news channel? Many channels do not even inform the viewer that it’s a paid programme and not produced by their channel. Second, where is the moral and ethical responsibility of any news media in promoting such blind faith and superstition?

Television as a medium uniquely cuts across literacy, class, caste and socio-economic divides. Television was introduced in the country in the 1960s for educational purposes, especially to reach out to a large number of those who could not read and write. Among the other noble purposes in investing in this medium were national integration, education and inculcating a scientific spirit among Indians.

Many of these original reasons may have been forgotten in our heavily commercial and entertainment-oriented television today. While some of those challenges still remain, such use of this lucrative medium may seem very utopian in the current media landscape. However, using the same medium for promoting just the opposite seems ironic. Today, instead of scientific temper, we seem to be promoting superstition through such programmes, selling good luck charms, etc.

On a news channel, these get the added endorsement of verisimilitude. The reason that news and current affairs channels are treated differently and hold a special place in our democracy is their important role in reporting the happenings and providing a discourse on critical issues to do with our society. To misuse this special role for promoting such blind faith and that too without any disclosures, does not seem ethical.

In September 2011, the News Broadcasters Association (NBA) issued an advisory to its 45 member channels “to voluntarily improve the broadcasting standards by desisting from airing such reports (on matters propagating, promoting and advocating superstition, occultism and blind belief)". More recently, earlier this week, there were newspaper reports and television programmes on the methods of the baba mentioned above and also the misuse of his funds. And yet, we see a large number of NBA members such as Star News, Aaj Tak Tez, IBN7, India TV continue to promote and regularly show paid programmes featuring Nirmal Baba, even today.

Interestingly, in response to the recent media criticism, the baba has now asked his supporters to file complaints against these reports with NBA. As an aggrieved customer, perhaps he sees it as a right to complain.

What about the noble goal of promoting scientific temper? Why is the government turning a blind eye to this obvious promotion of irrational belief?

If what we see is what we believe, then clearly, we are seeing and believing some really absurd things!