Home / Opinion / Online-views /  India&#8217;s worst fund houses and the importance of benchmarks
Back
Share Via

India&#8217;s worst fund houses and the importance of benchmarks

India’s worst fund houses and the importance of benchmarks

Last week, Securities and Exchange Board of India (Sebi) chairman U.K. Sinha, speaking at the Confederation of Indian Industry Mutual Fund Summit, said something that took many of us by surprise. It is not often that a capital markets regulator speaks about the performance of products, the lack of it and how the regulator was going to deal with it. Regulators largely stay with removing systemic risk and the risk of fraud, leaving investors to deal with market risk on their own. Why would Sinha, then, point to nine fund houses that were beaten by their own benchmarks over the last three years and promise to take this up with the companies? Is this the start of micro-managed regulation? 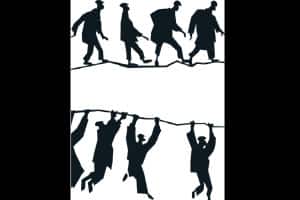 The next question, of course, is: which are these nine fund houses that earned the ire of the regulator? Sebi did not release this list, nor do we have the methodology used to filter these out, but most of the names are not difficult to find—they make up the bottom rank of all league tables. I asked Value Research to crunch numbers for me and a special thanks to Charul Sharma for turning this data around so fast. The fund houses that have seen all of their equity funds underperform the benchmark over a three-year period are JM Financial, Baroda Pioneer, Deutsche and Edelweiss. JM has five, Deutsche four, Baroda Pioneer two equity schemes and Edelweiss one equity scheme in their equity portfolio that have all underperformed their own chosen benchmark. Over a five-year period, there are four fund houses with no funds that beat the benchmark and these are LIC Nomura, Morgan Stanley, JM Financial and Escorts. Look out for a more detailed list of fund houses later this week in these pages.

As an investor, why should you care about overall fund house performance, and not worry about just the scheme that you own? A fund house with 75-80% of its schemes outperforming the benchmark points to an asset manager with good investment hygiene and good systems. Fund houses have used the new fund offer route in the past to garner money and this done, have tended to ignore most schemes, focusing only on the flagship. An overall attitude of we-beat-the-benchmark points to a well-run fund house. The funds that have all their equity funds outperform the benchmark over a three-year period are AIG Global, Canara Robeco, Fidelity (before it was sold), HDFC, Mirae and Quantum. In the over-80% outperforming league table are fund houses such as DSP BlackRock, Franklin Templeton and ICICI Prudential.

If you hold units in any equity funds of the beaten-by-benchmarks fund houses, sell and switch to schemes from fund houses that populate the other end of the spectrum. Often investors get attracted to the lesser known fund houses and schemes by the carrot of a resurgent fund house or a scheme that will do really well. As a small investor with limited resources and risk appetite, remove the noise of non-performing fund houses and new fund houses. Let the high networth, seasoned investors take the higher risk needed to punt on a new fund house or the resurgent scheme of an old one. Your money is limited and so is your risk appetite. Stay with the proven winners. And start looking at benchmarks.