Economic growth much weaker than what headline numbers show

What is the picture of the Indian economy that emerges from the Central Statistics Office’s (CSO) advance estimates of gross domestic product (GDP) for 2016-17? These estimates incorporate data up to October 2016 and therefore do not take into account the negative impact of demonetisation on the economy. Nevertheless, they do reveal some significant facts. 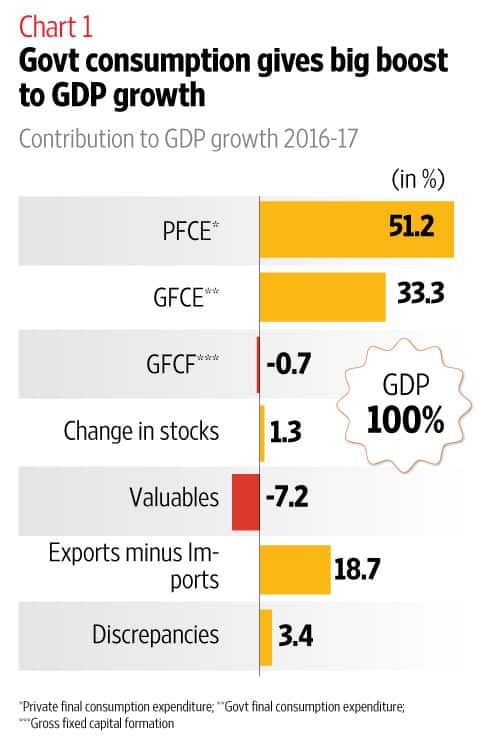 Indeed, if we leave out government consumption from the GDP figures, growth in the rest of the economy comes down dramatically. Chart 2 shows that growth in the rest of the economy (apart from government consumption) in 2016-17, at constant prices, is expected to be a mere 5.2%, the lowest in the last five years. Even in 2013-14, when the taper tantrum hit the country, this part of the economy was growing more rapidly. Given that the vast majority of people work in the private sector, it’s not a pretty picture. 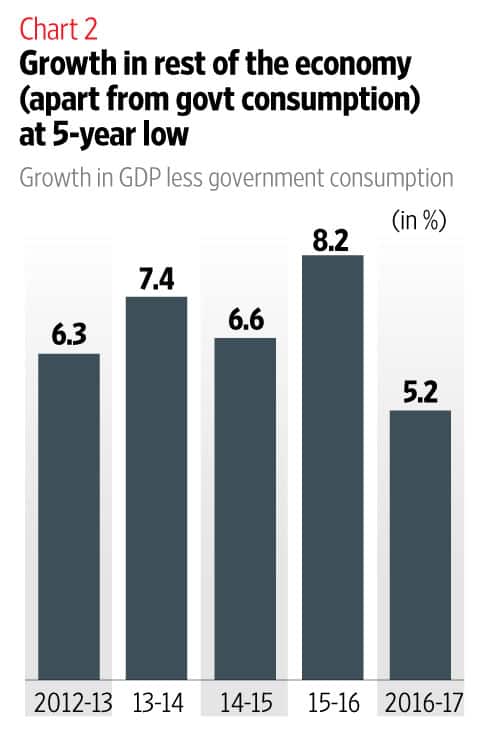 Chart 4 gives the long-term picture of growth in various sectors, at constant prices. Note that growth in the construction sector, which is the main source of employment for the masses, is expected to be a mere 2.9% this year, a four-year low. That doesn’t bode well for employment growth. The solace is that agriculture is expected to do well this year, so perhaps there’s a cushion for the rural poor provided, of course, we assume the impact of demonetisation on the farming sector will be limited. The chart also shows considerable deceleration in the “trade, hotels, transport, etc." sector, which is another big source of employment for the masses. Growth in this sector is at a five-year low. But growth in manufacturing, although lower than last year, hasn’t been too bad. The headline numbers show that, even if we leave demonetisation out of the reckoning, the CSO believes economic growth this fiscal year will be the lowest in three years. GDP growth for 2016-17 at constant prices is estimated at 7.1%, compared to 7.6% last year and 7.2% in 2014-15. After factoring in the effects of demonetisation, growth would be even lower this year, very likely lower than 7%. But as we have seen, the headline growth number hides more than it reveals.