Unaffiliated: the case of 1957

Unaffiliated: the case of 1957

Of all persons, a person of the calibre of Prime Minister Manmohan Singh is advising voters not to vote for “Independents". His advice has been seconded by Congress president Sonia Gandhi. The seconding I can understand, but not the principal adviser.

Singh’s advice begs the question, “Are Independents a bane or a blessing in the evolution of a mature democracy?" 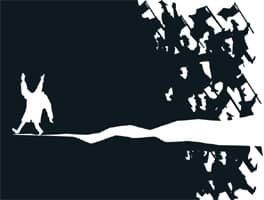 There are Independents and then there are “independents". It all depends on the motive. If the motive is what persuades a Meera Sanyal, a Gorur Ramaswamy Iyengar Gopinath or an Arun Bhatia to jump into the fray, then it cannot but be a blessing. If it is a nonentity, someone who is hardly known, who contests as an independent, then, undoubtedly, they are a bane. Why? Because they have been, in all probability, sponsored by one or another candidate of a registered political party to divide the votes, either to spoil his opponent’s chances or to ensure his defeat. Or, they are there to make money. The candidate files his nomination as an independent, then approaches the two major contestants and is prepared to withdraw “in favour" of one or the other candidate—or both—in return for handsome compensation!

But this riposte to the good Dr Singh is about independents with virtuous motives. Let me share with you one such virtuous venture way back in 1957—during India’s second general election.

By 1956, already disturbed by the sharp turn to the “Left" that the country was taking as a result of the second five-year Plan, with its emphasis on the state occupying the “commanding heights of the economy", and the increasing influence of the Communists in the governance of the country, Minoo Masani and a few of his peers in industry and commerce were convinced that (to quote Masani) “the time had come for a new political initiative by which the monopoly enjoyed by the various socialist and Communist parties could be broken".

What he had in mind was a liberal party with policies and programmes distinct from other political parties that were merely “various versions of the collectivist paradise, which had been presented to the Indian people since independence". Always a man who rarely allowed too much time to lapse between thought and action, Masani, who was at that time a senior executive in the Tata organization, felt that with the general election due in 1957 around the corner, there wasn’t enough time to organize such a new party. Along with Col Leslie Sawhny, his colleague in Tata who had taken premature retirement from the army, he persuaded some of their friends to stand as independent candidates in the 1957 election to the Lok Sabha. These friends, all industrialists, businessmen and professionals, were Sir Homi Mody, a banker and an adviser to the house of Tatas; S. Goyal, a businessman; R.V. Murthy, a journalist and editor of Commerce, a popular economic weekly; H.R. Pardivala, a well-known lawyer; and Eric D’Costa, a journalist and editor of the Eastern Economist, and pioneer in the now flourishing business of opinion polls.

These gentlemen, though in effect independents, contested the election on the symbols of various recognized regional parties to improve their chances of winning. For instance, Masani contested from Ranchi on the symbol of the then Jharkhand Party, Mody and Murthy on the symbol of the Ram Rajya Parishad, and so on. The idea was to get into Parliament and sit as independents and not as members of the party whose symbol they had “borrowed".

Masani was the only one to win.

Back in Parliament (he was a member of the Indian legislative assembly, which later converted itself into the constituent assembly), Masani joined a grouping of independent members of Parliament, which went under the name of the Independent Parliamentary Group. The steering committee of this group consisted of Jaipal Singh, leader of the Jharkhand Party; Frank Anthony, the nominated member representing the Anglo-Indian community and Maharaja Karni Singh of Bikaner. Almost simultaneously, he set in motion efforts to form a liberal democratic party, the primary reasons for his wanting to get back into Parliament.

What happened thereafter is another story—a sequel, if you like.

That Sonia Gandhi seconds Singh’s advice is quite in keeping with her father-in-law’s disapproval of feudal elements, businessmen and capitalists engaging in democratic electoral politics.

For S.V.Raju, the 1957 general election was the first election in which he could, and did, cast his vote. He was later executive secretary of the Swatantra Party at its national headquarters. He is the author of a biography of Minoo Masani published by the National Book Trust. Comments are welcome at theirview@livemint.com