Finally, a debate on inequality

Finally, a debate on inequality

In the din that defined the just concluded monsoon session of Parliament, one singular fact was overlooked: the august institution actually debated the growing problem of inequality in India.

The parliamentary standing committee on finance in its 59th report—Current Economic Situation and Policy Options—delivered a stinging critique of the current growth process by claiming its political economy was such that far more people were being excluded and only a few were cornering all the gains.

“In the context of the economic growth and per capita income, the committee is concerned to note the emerging ever-widening gap between the rich and poor and the increasingly disproportionate distribution of assets in our country. It is being observed that the purchasing power is getting concentrated in the hands of a few, whereas the majority is stuck below the expenditure curve," the committee stated. 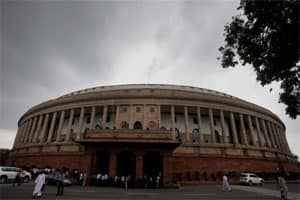 Little over a year ago, the Supreme Court had in a similar critique not only flagged the problem of inequality but also blamed it for the festering naxalite problem. At that time justice Sudershan Reddy had in his order on Salwa Judum (a vigilante outfit sponsored by the Chhattisgarh government) said, “that violent agitator politics, and armed rebellion in many pockets of India have intimate linkages to socio-economic circumstances, endemic inequalities, and a corrupt social and state order that preys on such inequalities has been well recognized. In fact the Union of India has been repeatedly warned of the linkages," the judge, who has since superannuated, noted.

The situation has only deteriorated, implying that inequality could only have worsened. Not only has growth slowed, resulting in layoffs and a hiring freeze, inflation has stubbornly hovered around the double digit mark for the most of the last three years—which only erodes the purchasing power of the same rupee; and, naturally the poorer you are, the greater the impact of such erosion.

The latest consumption data released by the National Sample Survey Office after its 68th round of national survey conducted in 2011-12 and taken note of by the standing committee confirms this. The monthly expenditure of the poorest 10% of the rural population rose by 11.5% in 2011-12 compared with the last survey done in 2009-10, while that of the richest 10% was up by 38% over the same period; in urban India the growth was 17.2% and 30.5%, respectively, over the same period.

Another way to capture the inequality is to measure the proportion of the richest 10% of the population and the poorest 10%. The verdict is similar: The ratio in rural India rose to 6.9 in 2011-12, from 5.8 in the earlier round in 2009-10; in urban India it increased to 10.9% from 10.1%. So either way you look inequality in the country has worsened.

It may be important to introduce a caveat on growth, especially for the growthwallahs. No one is making a case against growth. Similarly, there is no contradiction in the reduction in poverty and increase in inequality. Often the debate on inequality assumes rhetorical terms and it becomes a simple case of either/or situation. A rapid growth rate is always welcome, but at the same time it is important to ensure that the growth rate is equitable in nature to ensure sustainability.

Alternatively, the country risks flirting with social chaos, especially when growth slows so rapidly from 9% plus to 5% for a $1.8 trillion economy; like in the case of a car that slows sharply the strain on the body and the engine is unimaginable—sometimes resulting in catastrophe. And India should worry because it has not put in place adequate back stop facilities to cushion society in such inclement circumstances.

A recent report of the Organization for Economic Cooperation and Development (OECD), the think tank for the club of rich countries, highlighted that, unlike other emerging economies, not only is India’s spending on social sector programmes the lowest, India’s tax-to-gross domestic product (GDP) ratio—a good measure for redistribution of wealth in the economy—is way below. Further, the study ranked OECD countries and the emerging economies on the basis of public social sector expenditure at the end of 2007 and discovered that India ranks last—spending three-four times less than the OECD average of nearly 20% of GDP.

And if you throw in the millions that are being creamed by a system replete with crony capitalism, the angst of the economically disenfranchised masses can only get worse.

So, Parliament has done well in ringing up the issue. But that is not enough.

Anil Padmanabhan is a deputy managing editor of Mint and writes every week on the intersection of politics and economics.