Before there were governments, there were people, and the people traded, and to trade, they created markets. Those markets set rules, and if some traders manipulated the system, markets figured out punishment. But sometimes, what happened within markets had ramifications far beyond. Higher authorities, usually governments, had to step in when laws were broken or public interest undermined. Not all government interventions were wise, but nor were all market practices always right.

A giant cloud hangs over one such market mechanism, the London interbank offered rate, or Libor), which was set up in 1986. Libor comprises several rates of different maturity, with the aim of setting the daily base rate, calculated from rates at which major banks would borrow and lend money to each other that day. Each morning, the select banks reveal the rate at which they estimate they’d have to borrow money. To ensure stability and to eliminate deception, rates in the top and bottom quartile are eliminated to avoid exceptions; the average becomes the base rate. Governments don’t play a role in setting it, and it has worked because traders around the world trust it, and price the risk on other products, using Libor as the base. If a client wants to borrow money, and if the client represents a safe bet, the rate offered is only marginally higher than the base rate. If, however the client, the instrument, or the transaction is riskier, the rate offer can be significantly higher than the base rate. The final rate, then, combines the liquidity in the market, the money available with banks, and the appetite for risk. 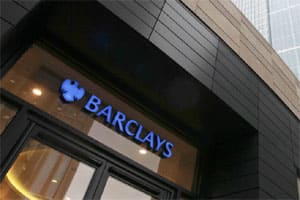 The economic crisis began in 2008 and it seems nobody can say when it will end: certainly not Mervyn King, the governor of the Bank of England who said as much recently. The crisis had its roots in the collapse of the sub-prime market. When that happened, financial instruments underlying real assets began to unravel. Those instruments were put together such that they would include “good" and “bad" assets; the idea being that strong assets will bear the burden of the weaker ones, and keep liquidity flowing. But over time, it became difficult to tell apart good assets from bad, because the assets changed hands many times, and nobody knew how much of a “good" asset was contaminated. The assumption was that all bad assets wouldn’t implode at the same time.

When the implosion began, the shocked system froze as traders stopped trading and banks stopped lending, even one another, and each financial institution tried to strengthen its own balance sheet. In such an environment some banks manipulated Libor.

Interestingly, doubts were cast: if liquidity had dried up, how could these banks borrow at such low rates? Back in 2008 itself, reporters at The Wall Street Journal suspected something and analysed the gaps. They cited a Citibank report and research of two economists at the Bank of International Settlements who were puzzled why the rates were low when liquidity was so tight. It now seems that Paul Tucker, deputy governor of the Bank of England, wondered in a conversation with Barclays’ CEO Bob Diamond why his bank was paying such high rates. Some Barclays bankers interpreted those remarks to mean that they should understate the rates at which they were borrowing.

Barclays wasn’t alone in this. Several banks are now cooperating with authorities. Diamond has resigned, but promises to go down fighting, and Barclays has paid fines nearing half a billion dollars. Morality is subjective and what the banks did may or may not be legal (the UK Serious Fraud Office is examining if laws were broken). But the bankers’ actions undermined public trust.

Banks require adult supervision not because state intervention is inherently better, but because collusion is wrong and trust has to be earned; it is a privilege, not a right. And banks have forfeited that trust. The solution does not lie with bureaucrats setting rates or managing banks. But nor does it rest with letting bankers be bankers and go bonkers.