Under a new public procurement policy unveiled on Tuesday, every Union government ministry and public sector unit (PSU) will have to source 20% of its annual purchases of products and services from micro and small enterprises (MSEs). This will be on a “voluntary" basis for three years, after which it will become permanent. 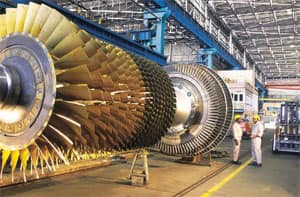 Since these enterprises already have a share in the economic pie, even in theory, there is no case to give them any preference in procurement. The government has manufactured a spurious argument to support its case. “In the overall production/value chains, however, MSEs are highly susceptible to volatile market conditions. To address this inherent problem, many countries have put in place public procurement policies to support MSEs and to ensure a fair share of market to such entities," an official release said. There are no grounds for any government to be concerned about where a firm is on the value ladder. In a market economy, firms are capable of taking right business decisions. If they don’t prosper, then it is their problem and this should not concern the government. This is true for a small enterprise, as it is for an airline.

In reality, this policy will only lead to more corruption in an already very corrupt environment. Empanelment will require sellers of these goods and services to bribe officials. The minister for small and medium enterprises, Virbhadra Singh, said that under the new policy, ministries and PSUs will make purchases to the tune of 35,000 crore. This is a ufficiently large sum for entrepreneurs to jockey hard to get a slice.

Political decisions ought to have a rationale. In case the government wants to waste 35,000 crore, it is, of course, free to do so. But then it should have the courage to say this is what it desires. It should not seek the crutch of discredited economic ideas to do that.

Should the government support any private enterprise? Tell us at views@livemint.com