When BSE Ltd’s Madhu Kannan got his brand new professional management team together in 2009, he set a three-year target for the team—to get the exchange’s business model right, and to transform BSE into an exchange group with diversified revenue streams, trading all available asset classes and expanding into new products and services. 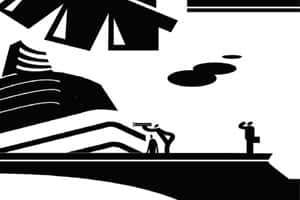 So how has BSE done in the past three years? Let’s start with some numbers. In the year till March 2009, a couple of months before the new team came in, BSE reported an average daily turnover of ₹ 4,500 crore in the cash equities segment, which gave it a 28.5% share. In the year till March 2012, its share has dropped to 19.2%. On the other hand, three years ago, the exchange had little or no volume in the equity derivatives segment. In April 2012, BSE managed a daily average turnover of ₹ 18,500 crore; of course, aided by incentive schemes for market makers.

The $30 million question is whether some of the trading on the derivatives platform will sustain after the incentive schemes are withdrawn. (The total outlay for the incentive schemes announced so far is around $30 million.) According to a trading member who is registered as a market maker on BSE, genuine trading interest hasn’t picked up yet, and volumes will drop to negligible levels the day the incentives are withdrawn. The schemes have run for over six months, including the initial trial period.

Last week, one of the schemes aimed at generating liquidity in the Sensex futures contract came to a closure. BSE has managed to get Securities and Exchange Board of India’s (Sebi) approval to launch a new scheme as a replacement, but only effective 2 May. As a result, Sensex futures traded without incentives for three full trading sessions. The outcome was far from encouraging. On Monday, trades worth only ₹ 79 crore were executed, a fraction of the average daily turnover of ₹ 1,900 crore, when the incentive scheme was effective.

Of course, incentive schemes need to be phased out gradually, with the level of incentives being reduced at every step. So, the experience in the last three trading sessions may not fully mirror what will eventually happen when the incentive schemes are withdrawn. Even so, it’s clear that as things stand today, genuine trading interest hasn’t picked up. Sure, a turnover of ₹ 79 crore is better than having no volume—but turnover in that range hardly justify the large spends the exchange has made to attract liquidity.

Coming back to some numbers, it’s interesting to note that despite having spent ₹ 60 crore on incentivizing members in the last financial year, and notwithstanding the fact that employee expenses have more than doubled, BSE’s profit before tax has remained steady at ₹ 270 crore in the past three years. The incentive scheme may look like a last-ditch effort to garner market share, but it won’t cause the exchange to sink anytime soon, because of the healthy profit and cash generation from other streams such as the depository business, as well as the large cash balance.

Also, while the professional management team hasn’t tasted much success yet with garnering share (measured by market turnover), BSE has done well lately in being more influential in policy matters related to exchanges. For a long while, BSE was virtually absent from government and Sebi committees on market structure. Now, the exchange is not only present in these forums, but has successfully pushed for things such as smart order routing, which its competitor National Stock Exchange (NSE) has reportedly resisted. It has also introduced new products and attempted to improve technology.

The chairman of a large domestic trading firm says that the increase in competition has even led to changes in NSE’s attitude and the services it offers to its members. Of course, some of this could be because of the likely entry of MCX Stock Exchange. But while the markets reap these benefits of increased competition, the pertinent question, from BSE’s point of view as well as its shareholders’, is whether the exchange will come out stronger eventually. Will it end up with a meaningful share of the derivatives market and remain relevant in the cash segment? With the looming entry of MCX-SX, BSE doesn’t have the luxury of time either.

Needless to say, the BSE board needs to persist with and support the professional management team. The large outlay for market making looks like money going down the drain, but there is little choice for an exchange trying to gain market share from scratch. And strangely enough, a large part of the incentives paid eventually find their way into the government’s pockets because of the securities transaction tax. As argued in this column before, if the government is serious about promoting competition in the exchange space, it must first abolish securities transaction tax.

Of course, this is not to say that BSE’s management couldn’t have or can’t do better. Much depends on how they structure their future market making schemes and how they plan the phase out. Besides, it needs to deliver more with respect to offering members superior technology and differentiate itself. While there has been some improvement, the journey ahead remains tough.