Clean drinking water for all

Clean drinking water for all

Unlike the stock market indices, imagination can be taken to any height.

So, let’s imagine a world where all fresh water will be available in a bottle. While many will fume at this proposition, several others will concur that indeed we are not far from this possibility. Though there isn’t any evidence, it is likely that leading beverage giants have business plans ready. 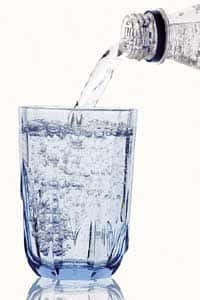 The phenomenal reach of bottled water alone can guarantee this right. Isn’t bottled water available in plenty even where taps run dry for the better part of the year? That’s because there is a class that can easily afford it. But its unrestricted reach, albeit to those who can afford it, absolves the government of its primary duty of providing potable water. The poor are often left to fend for themselves in a Darwinian struggle along the urban fringes and in far-flung villages.

But will the poor like to buy water? They already do, having learnt it by being at the end of the “pipe dream" of getting water. With the subsidy on piped water supply primarily directed at the poor having been usurped by the rich by being on the water grid, the poor buy water at exorbitant costs from the open market. It is an open secret that the poor spend in excess of 30% of their earnings to buy water in the cities and that the overdrawal of groundwater by the bottled water industry adds to their woes in villages.

Haven’t the efforts to reform the municipal system moved at a snail’s pace and calls to regulate groundwater fallen on deaf ears? Ironically, both failings have helped the bottled water segment record an impressive annual growth of 25-40%. Market analysts contend that the boom time for the bottled water industry is here to stay—and because its economics is sound, demand is consistent and public sector delivery of potable water is in total disarray.

Would it be prudent to pump in additional resources to sustain a corrupt and inefficient public water delivery system or to ride the unprecedented growth of private water is the critical question. Experience indicates that increasing the budgetary allocation for drinking water schemes hasn’t been of much help.

A better idea is to cross-subsidize the bottled water industry to assure guaranteed delivery of potable water at affordable cost across the country.

Does it sound like an unstinted support for water privatization? It may seem so, but at the core is the opportunity cost of enforcing equity in water distribution through regulated bottled water. Hasn’t the so-called regulated public water distribution system encouraged inequity and wastage? Not only have street fights at water points become common occurrences in cities, the water/tanker mafia has forced the poor to pay for water through the nose.

And yet, water privatization for bottled water is considered a bad idea. But then, why is it that the Indian Railways has its own brand of bottled water and what purpose does the Delhi Jal Board serve by launching its version of packaged water? It will be a surprise if others in the public sector do not follow suit to lay their claims on “public water" in the days ahead. India’s enormous water resources seem to be for the taking, be it by the state or private vendors.

However, private vendors clearly have an edge as they possess wealth and wield political clout. No surprise, therefore, that some of the leading brands can be found in some of the most remote areas of the country. Because there is money to be made all along the supply chain, each job in a big company generates 15 additional jobs in the supply and distribution channels.

Taking the bottled water route, the proposed water guarantee scheme can add value to its services by creating jobs in the process, too.

Through an image makeover, the bottled water industry is silently co-opting the social sector, too. Under the garb of corporate social responsibility, this industry is now supporting hundreds of community water projects in more than 50 water-stressed countries. Unless this industry is regulated, its unchallenged growth will bottle the last drop of available fresh water.

Can such a scheme not play a positive-sum game with bottled water?

Sudhirendar Sharma is a writer on development issues. Comments are welcome at theirview@livemint.com