The shifting sands of marriage

The shifting sands of marriage

The year of royal weddings: that is how people will remember the year we left behind.

First, it was the marriage of Prince William and Catherine Middleton in England. There are some who still remember the wedding of the prince’s grandparents, Princess Elizabeth and the Duke of Edinburgh, in 1947. In 1981, Prince Charles and Lady Diana got married in what people saw as a fairytale wedding. The Telegraph called it the wedding of the century. 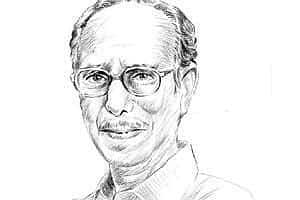 In another part of the world, in the tiny Himalayan kingdom of Bhutan, there was a royal wedding on 13 October. King Jigme Wangchuck married a commoner, Jetsun Pema, daughter of an airline pilot. It was again a Cinderella story. The king had endeared himself to the people by trying to be one of them. He visited his subjects in their homes and was fond of biking around. One of his promises was to resist the globalization of Bhutan.

At the auspicious moment chosen by astrologers, the bride carried a cup of ambrosia of eternal life to the bridegroom and he drank it. The bridegroom then placed a silk brocade crown on the head of the bride which meant they were man and wife. Wangchuck kissed the bride in the presence of the huge gathering of his people. At their bidding he kissed her once again on the lips.

After the pomp and circumstance of the royal weddings, it is depressing to read about certain other instances of matrimony. In the last two years there has been talk of “open marriage". It is a kind of marriage in which the seventh commandment can be flouted with impunity. Some of them call it an alternative style of marriage.

Discussions of open marriage often refer to Jean-Paul Sartre and Simone de Beauvoir, who were engaged in a complex relationship. They did not marry, and both partners were free to seek “contingent encounters". There was also an understanding on transparency, which meant they would never tell lies to each other.

There is news from China too about new marriage mores. In the traditional form of marriage, the bridegroom is expected to own a house and a car, conduct a grand wedding, and exchange diamond or gold rings with the bride. There should be an expensive banquet and guests should bring hong bao or “red envelope", containing money.

But the young aspirants who have just joined China’s workforce cannot satisfy the requirements laid down by society. Jobs are hard to find, and owning a house is virtually beyond them. Are they to postpone their marriage until they qualify?

Some of them have found the answer to this. The couple go to the nearest marriage registration office, and officially get married. They spend only 9 yuan, to pay for a marriage certificate. The name of this kind of marriage is luo hun in Chinese, meaning “naked wedding". The couple then proceed to build their lives together, often in a rented apartment.

Many of them were born as single children in the years when China had introduced its one-child policy. They are now free to have a second child, but they choose to have only one. They want to give the child the best they can.

In the coming decades, the institution of marriage will face many challenges and there may be many rude surprises in store.

V.R. Narayanaswami is a former professor of English, and has written several books and articles on the usage of the language. He looks at the peculiarities of business and popular English usage in his fortnightly column