If we quantify the significance of terror by loss of human life; it is ridiculously minuscule. According to a US National Counterterrorism Center (NCTC) report, terror attacks killed about 15,000 people all over the world last year. The number of people who died in road accidents in India alone in the same period was over 130,000, much of which was attributed to avoidable reasons such as violation of safety norms. Yet, the trillion-dollar wars waged against terrorism are testimony to its impact as a psychological force multiplier underscoring the importance of addressing this aspect. 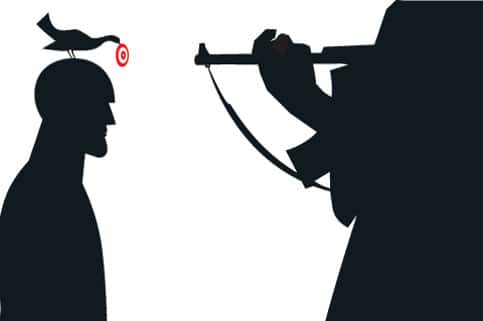 Addressing the psychological aspect of terrorism is as difficult as it is important because of two reasons. Firstly, proliferation of social media ensures that bad—and often inaccurate—news travels in geometric progression and secondly, law enforcement agencies, by the nature of their work, cannot divulge too much accurate information, which in any case has to play catch up with hardened perceptions.

As is evident, the four pillars—human intelligence, technical intelligence, infrastructure capacity and addressing the mindshare of the masses—in isolation have limited ability to deliver superior outcomes. However, there is an immense potential to leverage them in synergy.

For instance, the diminishing reach of human intelligence can be augmented by staging forward technical intelligence capabilities right into the hands of the beat constables. Fortunately, technologies to achieve such integration already exist. They just need to be adapted for national security usage. For example, equipping frontline policemen with smartphones will allow them to upload images of suspects or videos of deteriorating situations directly into the control room.

Companies use sophisticated applications to process orders, including routing deliveries in the shortest possible time. There is no reason why such applications cannot be reoriented to route and manage first responders around the city or to manage complaints. During the 26/11 attacks, the police control room in Mumbai was overwhelmed with hundreds of calls per minute with panicked citizens reporting “terrorist" sightings. Geo-spatial analytical software could have helped pinpoint such calls and established that many of the people were reporting the same incident in different versions.

Similarly, technical intelligence can be vastly improved by coupling it with the experienced insights, industry and entrepreneurship of professionals from different streams. Intelligence agencies the world over are losing the war for talent to the corporate sector. In the late 1990s, the US Central Intelligence Agency realized that it was falling behind in technical capability, especially with the explosion of the Internet and associated applications. They literally outsourced this capability by setting up an organization called In-Q-Tel, which had the mission of identifying and investing in US companies that had products that served the national interest. By the way, you have probably used one of the products funded by In-Q-Tel that is an excellent example of this strategy. The product, originally called Keyhole, provided satellite pictures on the Web and allowed users to mark spots, thus creating a tool that would virtually map the entire earth to the minutest detail. It is now known as Google Earth.

Similarly, investments in infrastructure-capability building should focus on creating small specialized units with high mobility, excellent communications and good intelligence rather than just putting more plain vanilla boots on the ground. Better intelligence allows for selective deployment of scarce resources rather than spreading it uniformly and, therefore, suboptimally across the board.

Finally, a strategy to address the psyche of society is the only long-term measure to reduce the impact of terrorism. Terrorism is primarily a psychological weapon and, therefore, has to be dealt with psychologically. Given the nature of asymmetric warfare, terrorists have the lead on an effective use of propaganda, and the decentralization of the social media has only augmented their advantage. However, the silver lining is that terrorists are marginal in their absolute numbers and educating the masses about their intentions and methods is the best way to start isolating and diminishing their psychological influence.

While it might seem sacrilegious to suggest this, terrorism is here to stay and should be viewed as a perpetual threat rather than a temporal one. According to the NCTC report, of the 11,500 terrorist attacks in the world in 2010, 44% were in South-East Asia. India ranks sixth in the number of fatalities behind Iraq, Afghanistan, Pakistan, Somalia and Congo, all of which (with the exception of Pakistan) are failed states and have been at war for decades. We are in rough company and the sooner we start educating the citizenry about this implication, the better prepared we will be.

This is the second of a two-partseries. Comments are welcome at theirview@livemint.com