The much awaited first episode of the reality show, Satyamev Jayate anchored by Aamir Khan, has already created a buzz on social media outlets such as Twitter and Facebook, as Mint reported on Monday. 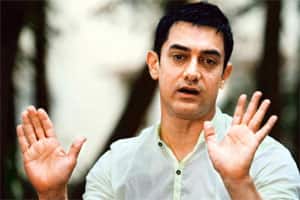 India’s sex ratio of 940 females to 1000 males is much below the world average. Seen in the context of poor outcomes for Indian females, such as high maternal mortality rates and high levels of anemia and under-nutrition among women (leading to low-birth weights and undernourished children), it points to a very unappealing picture about the social status of women in India. Greater scrutiny of the issue can only help, as a large part of the problem arises from ‘son-preference’ in the society leading to cases of female infanticide even in well-off sections. Nobel prize winning economist, Amartya Sen, who was among the first to write about South Asia’s missing women in 1990 also pointed out this divide between the east and south on the one hand, and the north and the west on the other.

Various scholars have examined the issue subsequently but the result is at best a collection of conjectures and working hypotheses. One widely held view is that greater women’s participation in the workforce leads to better status and hence, better living.

Several studies seem to suggest that a history of paddy cultivation that unites the eastern and southern regions, and which has led women to work in the fields in large numbers, is the basis of more gender-equal outcomes in these parts. Should we start promote rice-eating then, so that more people turn to paddy cultivation even in the north and the west? That might be taking things a bit too far. But are there straight-forward policy implications at all?

A 2011 Institute for Studies in Industrial Development (ISID) discussion paper by M.M.K. Sardana pins its hopes on schemes such as the Mahatma Gandhi National Rural Employment Guarantee Act (MGNREGA) to boost employment and thereby empowerment of women. But the evidence on MGNREGA is itself mixed and depending on it may be a rather weak strategy. A far more effective strategy for the state may be to play the role of an enabler.

For instance, through public provisioning of potable water, the state can help women save time on water-related chores both in rural areas and urban slums, and allow greater room to take part in the workplace. Another initiative that some state governments have adopted is to incentivize the education of the girl child.

Probably, Khan or India’s leading women’s groups can start lobbying for better water supply, for a start. The externalities involved in terms of better health and nutrition are likely to be enough to cover the costs of the investment.