Home >Opinion >Online-views >A dictator for a few hours

A dictator for a few hours

A dictator for a few hours

The actions would essentially be based on the following premise. Consumers of a particular resource or service and in particular those dependent on them have a greater incentive to seek changes or improvements in it.

We live in a time when the elite of the country can afford to lead their lives and demand and access basic services in a manner the average citizen cannot imagine. They have a choice. If alternatives are available to the rich and the powerful, the quality of services available to the underprivileged will remain abysmal. 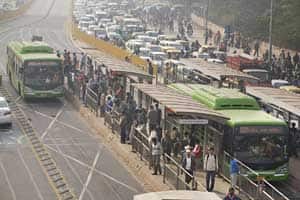 Public transport in India is used only by those who can’t afford otherwise. Photo: Mint

Here is the best use that I thought I’d put my dictatorial powers to.

These rules shall apply to all government employees at the Centre and in the states irrespective of rank or post and to all elected representatives at the block, district, state and in Parliament including ministers. Their families will have to comply with these rules.

Their children must necessarily spend five years in a government school.

Further, no reimbursement of expenditure on health care from private service providers should be entertained or provided. The elite in government must necessarily use sub-centres, primary healthcare centres and tertiary hospitals of the government. No tests or medicines from private service providers will be covered. Deliveries must necessarily be conducted by auxiliary nurse midwives employed by the government.

Every government employee must necessarily travel by public transport to their place of work for half the working days in a year. Public transport will only include buses, rickshaws, auto-rickshaws and local trains. For travel that can be undertaken either by an overnight train journey or if it can be completed in less than six hours on a train, only use of the railways will be permitted. No first class travel will be permitted. Half the travel may be undertaken in air-conditioned coaches and the rest in three tier sleeper or equivalent. On routes where no trains are available and the journey can be completed in less than six hours, public buses may be used. No travel agents may be engaged to book tickets for such travel.

Since it has come to my notice that the political and administrative elite after a career in public service find it difficult to adjust to life after retirement or after losing elections, as part of their training they must necessarily go and pay all their bills (for all utilities and services) and taxes on their own.

It is my firm belief that such steps will reduce the need to create new laws and improve the quality of basic services and create a just and equitable society.

V K Madhavan has worked in the not-for- profit sector for two decades and spent 15 years living and working in deserts and hills. He’s still on the fringe asking questions and looking for answers. He will write every fortnight.