Ever since he took over as interim finance minister on 27 June, Manmohan Singh has quite sensibly tried to stabilize market expectations. The recent reassuring noises by the government on contentious issues such as the general anti-avoidance rules (GAAR) should be seen as an attempt to “reverse the climate of pessimism".

Both the rupee and the Sensex have inched up since then, though their revival should not necessarily be linked to the return of Singh to the finance ministry. Several brokerages had already begun to say that the Indian equities were becoming more attractive. Nearly $1 billion of foreign funds have come into the Indian stock market in the first week of July. The rupee has regained some lost ground.

The revival in foreign capital flows is welcome because the biggest immediate challenge for the Indian economy is on the external front. The current account deficit for fiscal year 2012 was $78.2 billion, or a record 4.2% of gross domestic product. It may ease in the current year thanks to lower global oil prices, lower gold imports and a weaker rupee, but India will still require at least around $60-65 billion of foreign capital to cover the deficit. 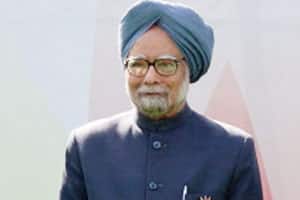 The fact that India has had a widening current account deficit in the midst of an economic slowdown is one clear indicator of how badly the economy has been mismanaged in the past few years. Macroeconomic imbalances were allowed to build up with a stimulus to consumption through large fiscal deficits at a time when capacity creation has been weak because of the investment slowdown.

If managing the external account is the most pressing challenge, the next task is an investment revival. Singh has also alluded to that in his statement about reviving animal spirits in the Indian economy. This newspaper has often pointed out that getting corporate investments back on track is absolutely essential if India is to have a sustainable growth revival. The Business Standard reported in June that creation of new fixed assets by Indian companies is at an eight-year low.

Data from the Centre for Monitoring Indian Economy shows that many private sector projects have been entangled in red tape. Some of these problems could be because of genuine concerns about the impact of new projects on local communities and the environment. But the general inertia in decision making has also surely played a part.

In a sense, Singh has done well to allay investor fears and send signals to the Indian industry that he is aware of the hurdles in its path. It is early days yet, and his interventions could help ease some of the pressures on the balance of payments and get corporate investments back on track. These moves will offer temporary respite to ensure there is no balance of payments crisis in case the global economy is hit by another storm and to manage a mild economic recovery from the recent depths.

That still leaves the big task—getting the Indian economy back on a higher growth trajectory. Reserve Bank of India governor D. Subbarao has already indicated that India can grow at only 7% without high inflation, around 1.5 percentage points than the trend rate before the global financial crisis.

Regaining that lost ground will require economic reforms and there is nothing in the record of the United Progressive Alliance to suggest that it is serious about them. The problem has deep roots. The current noxious mix of slowing growth, persistent inflation, a large current account deficit and a public finance mess is intimately linked to the politics of the ruling alliance, with its focus on revenue spending under the guise of inclusive growth. There have been very few economic reforms since 2004 that would increase the production capacity of the Indian economy.

The failure to push through meaningful reforms over the past eight years is now hurting the Indian economy. Just the fact that Singh has taken his old job should not lead to high expectations, though I have met people who believe that a magical repeat of 1991-92 is in the offing. At best, the Prime Minister will be able to undo some of the more bizarre decisions of recent months and temporarily calm business nerves.