Views | Who cares about the World Bank?

Views | Who cares about the World Bank?

The middle of February saw the expected announcement that Robert Zoellick would soon step down as president of the World Bank. Just as expected, the rumour mill on Capitol Hill went into instant overdrive, quickly anointing Hillary Clinton and Larry Summers as frontrunners in the race to succeed the mustachioed Midwesterner. Equally predictable has been the outrage in some quarters at the absurdity of the post-war “gentleman’s agreement" that gives the US the right to appoint an American to run the World Bank and Europe a similar lock on the top job at the IMF. 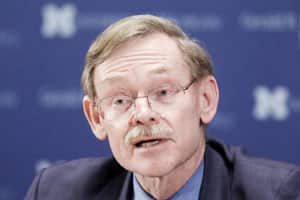 At least the IMF matters. It matters to Europe because it is now a major client of the fund: the IMF has agreed to lend over $110 billion to Ireland, Greece and Portugal, more than twice as much as its commitments to the rest of the world. And emerging-country governments are now funding part of the bailout of troubled European economies: China, Brazil, Russia and India have all made emergency contributions to the fund’s finances which have enabled it to be exceedingly generous to troubled European countries. So it made some sense for these countries to make some noise about the absurdity of allowing a representative of a eurozone country oversee the rescue of other eurozone countries (and by extension, the eurozone itself). This is a conflict of interest if there ever was one, and it would have been a travesty to let it pass unremarked. At the very least, someone in New Delhi, Beijing or Brasilia has hopefully kept a running tab of all the times European politicians made statements about someone who represented and understood the intricacies of the borrowers ought to run the IMF. No doubt the Europeans will immediately see the benefits of having an Indonesian in charge if Indonesia were ever to need another IMF loan.

But the tussle for control of the IMF also reveals a fundamental disconnect between the present state of the global economy and the post-war institutions that mediate international economic relations. These institutions –the IMF, the World Bank, and the WTO/GATT – were founded on the implicit assumption that large economies with surplus capital were also ones whose citizens who were rich by international standards. These countries would, generally, be the ones doing the lending (or the aggressive liberalising). So long as this was true, the particular form that these institutions took (at least in theory) involved official resources flowing from governments representing rich people to those representing poor people. In that situation, it seemed unfair but efficient that someone from a big, rich economy should run these institutions. After all, it was their money on the line.

Now, this identity is breaking down. For at least the next half-century, several countries whose citizens are still pretty poor by international standards will join the ranks of the world’s biggest economies.

As international institutions need more money, they will be forced to turn to the governments of these countries. But it will always be unclear why a responsible government that represents several hundred million people who live on less than $2 a day should feel in any way compelled to finance (via the IMF) the rescues of countries whose citizens are richer than their own people can ever hope to be even in two generations. It is even less clear why they would want to do so despite continuing to be grossly under-represented both as shareholders and in terms of top decision-makers. For a sense of the effects of this disconnect, one need only look at the impasse at the Doha round of trade talks. There, industrialized countries chafe at differential standards for China, India and Brazil, arguing that these countries are now so big that they ought to follow the same standards as the USA or Europe. India and China respond by pointing to their hundreds of millions of poor people. Not surprisingly, the talks have more or less been abandoned.

All this at least provides a reason to care about who runs the IMF (since crises will happen and there is as yet no other similar body to turn to for emergency finance). For the World Bank, matters are less clear. Even in Africa, the only region in the world where it still has some clout, the World Bank’s financing power and ability to get things done is dwarfed by the prodigal spending power of China. It is only a small exaggeration to say that the World Bank’s role is now largely limited to bemoaning the state of Africa’s physical infrastructure while Chinese companies build some of the things the Bank says Africa needs. So there seems very little tactical or strategic benefit in emerging countries trying to wrest control of the World Bank. On February 20th, the Bank announced that nominations for the next President would close on March 23rd. So far, no emerging-world candidates seem to be chafing at the bit to apply. That might be because they know they stand no chance. But it might also be because they really don’t care.

Saugato Datta is a development economist and journalist. He has been a researcher at the World Bank, an economics writer at The Economist, and is now Vice-President for international development at ideas42, a behavioral-economics research and design lab based in Boston.