Mukesh Ambani is ready for his triple play close-up

Carriage, content and commerce it's all falling into place

Mukesh Ambani is ready with his triple play of carriage, content and commerce.

The richest Indian has already signed up 215 million customers in 22 months for his 4G mobile network. By upending the telecom industry’s profitability with free voice calls and cheap data, he’s forced many of his smaller rivals, including his younger brother Anil Ambani, into backing off. That puts another 80 million or so subscribers up for grabs. 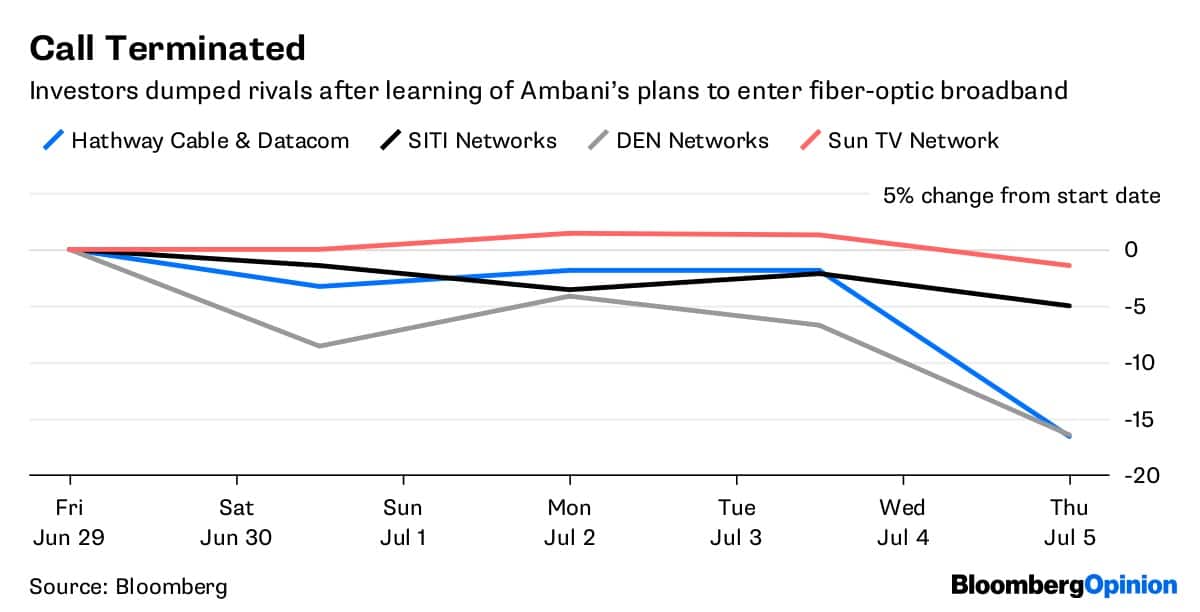 Stock in Reliance also weakened as shareholders tried to assess the investment needed to back Ambani’s ambition.

At less than $2 a month average revenue per user, even a country of 1.3 billion people can only generate about $28 billion in revenue. As Fitch Ratings Ltd.’s Nitin Soni points out, at 30% operating margins, that translates into a meager $8 billion in Ebitda. Even with Jio doubling its revenue market share from 20% to 40%, its take of Ebitda would be $3 billion on an investment of $36 billion. Something else has to click. 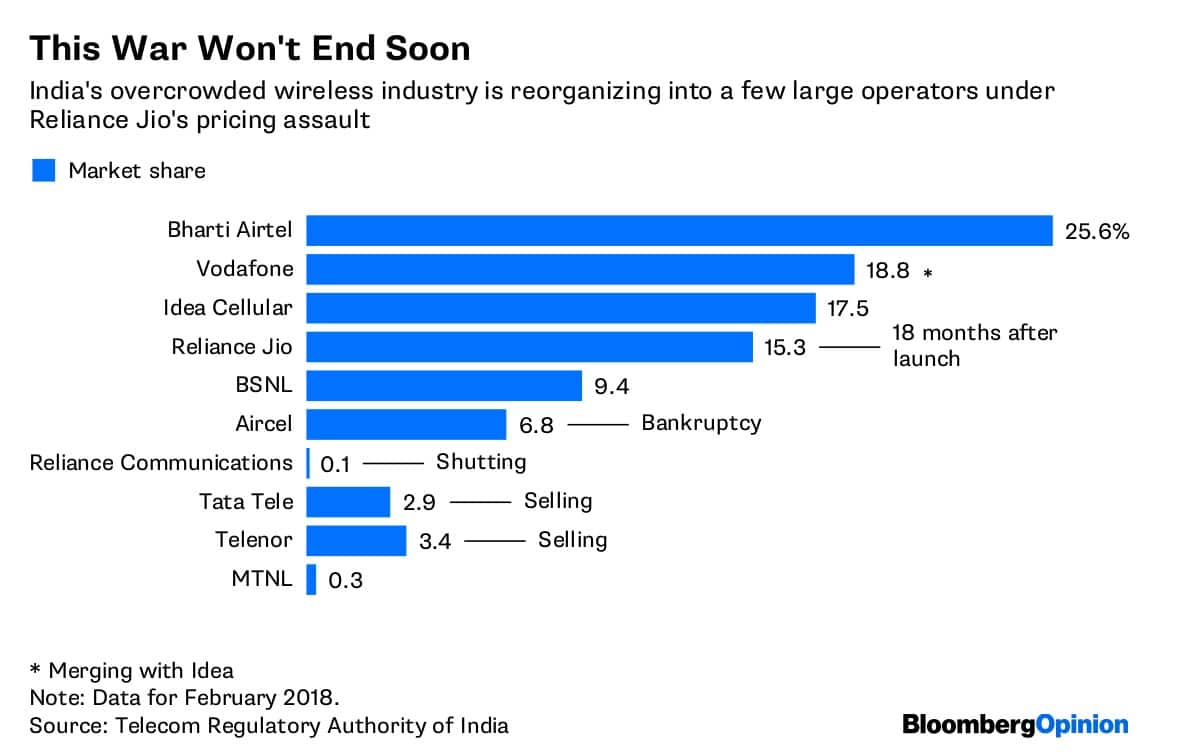 Ambani is already managing to feed video-hungry Indians 3.4 billion hours of content every month, and – taking a leaf from the playbook of China’s Tencent Holdings Ltd. — talking of interactive gaming. If he can own, say, 5% of the content on his carriage, that’s an additional path to profit for Jio, which will probably look to IPO sooner rather than later.

Content, however, will only be the second arrow in Ambani’s quiver.

On Thursday, Ambani announced a plan to hook up small retailers with a Jio-based technology platform that would in turn link to the supply chain of his existing bricks-and-mortar Reliance Retail stores.

It’s unclear if households in the 1,100 cities where Jio wants to take its fiber network will interrupt watching a Bollywood movie on their Jio TV to order groceries from their local store using voice commands... in Indian languages.

But Ambani won’t meekly surrender India to Alexa. The oil refining and petrochemicals czar may be a late entrant into the consumer game, but now that he’s there, he’ll go for the full triple play.