Home >Opinion >Online-views >Where will the money come from?

Where will the money come from?

Where will the money come from?

The government will borrow ₹ 5.7 trillion from market in fiscal 2013 to bridge an estimated 5.1% fiscal deficit. After taking into consideration redemption of old bonds during the year, the net borrowing will be ₹ 4.79 trillion, about ₹ 34,000 crore more than what the government borrowed this year. Taking into account the state loans, the overall borrowing could be close to ₹ 6 trillion, net of redemption. Till 24 February in the current fiscal, Indian banking system’s deposits have grown by ₹ 7.27 trillion. It’s fairly clear that bulk of bank deposits in 2013 will be used to meet the government’s fiscal deficit, leaving little money for corporations. 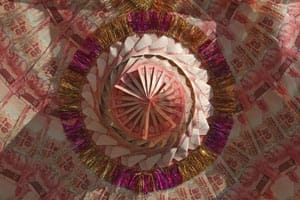 Even after cutting CRR twice, the Reserve Bank of India (RBI) has not yet pared its policy rate—something that doesn’t happen too often. This marks quite a shift in the Indian central bank’s monetary policy—CRR has become an independent tool for liquidity management.

The reason behind the CRR cut is acute cash crunch in the system. The daily cash crunch, which peaked at ₹ 1.90 trillion in early March, could have risen further by this time on account of advance tax outflow had RBI not gone for CRR cut ahead of its quarterly review of monetary policy. Indian corporations pay tax on their estimated profits before the end of every quarter.

A severe cash crunch would have created volatility in the overnight call money market and rates of short-term commercial papers (CP) and certificate of deposits (CD) would have risen further. Typically, the rate of the overnight call money market—where one bank borrows from another to tide over ultra short-term asset-liability mismatches—should range between 7.5% and 8.5%, the rates at which RBI sucks out liquidity from the system (reverse repo rate) and infuses liquidity (repo rate), respectively. To borrow money from RBI, banks need to offer government bonds as collateral. Even without collateral, they can borrow a certain amount of money, paying 9.5% as interest. If the system suffer from severe cash crunch, the call money rate can rise beyond 9.5%. This has happened in the past, but RBI does not want this and this is why it has cut CRR.

One can argue that CRR cannot be treated as a pure liquidity management tool as a cut in CRR makes money cheaper. For instance, had there been no CRR cut, overnight money would have risen and so would CP and CD rates. So, there is an inherent contradiction in RBI monetary policy that cuts CRR but leaves policy rates unchanged. But the bigger question is: how long can RBI use CRR as a liquidity management tool? After the 125 bps cut, CRR is 4.75%, 25 bps away from is historic low. Going by norms, CRR can go down to any level, but as a prudential measure, RBI may not allow that to happen as money kept with the central bank lends comfort to depositors in case a bank goes bust. Even if it is brought down to 3% in stages, ₹ 1.12 trillion can be released into the system, but in the long run, it will not be enough.

Between 2004 and 2008, RBI’s main challenge was to drain liquidity from the system. It was buying dollars from the market to stem appreciation of the rupee and for every dollar it bought, an equivalent amount of rupee got into the system. To drain the liquidity arising out of the so-called sterilization drive, RBI had to float bonds under the market stabilization scheme (MSS), put in place with Parliament’s approval. The money raised through MSS bonds was not used to bridge the country’s fiscal deficit; it was kept with RBI. Some of these short-term bonds were redeemed ahead of maturity in 2009 to release liquidity in the system.

No new money is being created through this route as RBI doesn’t buy dollars any more. It has, in fact, sold dollars to stem the depreciation of the local currency. Following this, rupee liquidity has drained out of the system. Between September and now, about ₹ 90,000 crore has left the system on account of RBI’s dollar sale and this trend will continue unless and until foreign fund flow resumes in a big way.

This means the liquidity crunch is here to stay. To tackle this, RBI will have to continue with bond-buying under its so-called open market operations (OMOs). In the current fiscal, it has infused ₹ 1.24 trillion into the system through OMOs. It will need to be more aggressive next year when it comes to OMOs to see through the government’s hefty borrowing programme. It may have to look for other novel ways for liquidity management. One of them could be a long-term repo window for banks. In December, the European Central Bank announced longer-term refinancing operations (LTROs) with a maturity of 36 months and the option of early repayment after one year to support bank lending and liquidity in the euro area money market. RBI may have to follow a similar path—offering year repo at floating rate with options of early repayment by banks.

Also, it may have to stop supporting the local currency by selling dollars as that affects rupee liquidity. Once it allows the currency to find its own level by staying away from the foreign exchange market, there will be less strain on domestic liquidity. Indian corporations will have to learn how to hedge their foreign currency exposures—the central bank cannot keep on doing their job for ever.

Tamal Bandyopadhyay keeps a close eye on all things banking from his perch as Mint’s deputy managing editor in Mumbai.

Email your comments to bankerstrust@livemint.com