Many truths about the working of the ministry of environment and forests (MoEF) have been revealed by minister Jairam Ramesh. These have also led to some critical changes in the work culture of the ministry, such as greater transparency. We don’t mean to be uncharitable to the officers who have always had the time and inclination to talk to people about what ails the system, but it seems now that the ministry has finally called itself the problem. A discussion note that was put up on its website on 17 September states that the ministry’s current mechanisms have failed to achieve environment protection over the years. 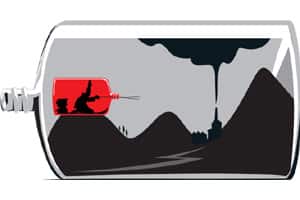 This confession of sorts has been welcomed by many who have worked on environmental issues and by those who have accused the ministry of being biased, unfit and dead. What seems to be the icing on the cake is that the ministry accepts that somebody else might be better equipped to do part of the job it has done all these years. The proposal by the ministry to relinquish some of its duties to an independent National Environment Protection Authority (NEPA) has been hailed as progressive.

MoEF proposes to hold the duties of drafting policies and laws to participate in international negotiations and carry out environment education programmes. The implementation of the existing environment regulatory frameworks such as the Environment Impact Assessment (EIA) Notification, 2006, or the Coastal Regulation Zone (CRZ) Notification, 1991, and also the functions of MoEF’s regional offices and pollution control boards (PCBs) are up for offer to NEPA. What this simply means is that NEPA will be responsible for the grant of environment clearances to development and industrial projects, and ensuring the monitoring as well as compliance of all the conditions levied as part of the clearance.

As confessions are meant to do, the ministry has earned itself some guiltless sleep while we are left to think of what to make of this new proposal. Our sleep has been particularly disturbed as the discussion note is based on an incomplete reading of our recent report on the staggering levels of non-compliance of environmental clearance conditions by projects under MoEF’s supervision.

The ministry’s discussion note begins by stating that we have good laws but have failed to implement them adequately on account of institutional incapacities. Such ahistorical views are not useful and also dangerous. The 14 amendments to the EIA notification since 1994 and the 21 amendments to the CRZ notification since 1991, most of which were in the interests of project investors and proponents, seem to have been forgotten. In fact, implementation has suffered because illegalities under earlier versions of the law have been legalized by subsequent amendments. The example of how EIA 2006 came about is illustrative. A much-needed review of EIA 1994 was undertaken between 2000 and 2004 with the purpose of relieving the “bottlenecks" caused by environment clearance procedures. It was not the quality of environmental decision-making that was the concern of the review, but the time delays caused to investors.

A logical outcome of incorporating this concern into the new EIA framework has been that the annual number of clearances granted has shot up. The expert appraisal committees, technical bodies that are meant to assess environmental information about projects before recommending clearance, are expected to move papers of 80-100 projects within two meeting days every month. Poverty of qualitative decisions has been designed by our environment laws.

A fallacious framework for environmental decision-making that has rendered the ministry incapable of playing its role will also force poor decisions out of any new authority. Along with the legacy of a faulty environment clearance regime, NEPA will also inherit the responsibility of monitoring the compliance of at least 6,000 projects that have been cleared using the prevalent legal procedures.

If the ministry carefully examines its 25 years of experience as the institution meant to deliver qualitative environmental decisions and ensure compliance, it will see that complexities lie at deeper levels. What is the environment? Is it what the scientist studies, what the industrialist/investor wants to harness, what the farmer or fisherman lives by, or what the tiger and elephant need? Who or what affects it and causes problems, and therefore, who or what is to be regulated to protect the environment—and how? Questions such as these have to be democratically addressed if we are to build an environmental governance framework for a country such as ours with its abundant cultures and contesting aspirations for environmental security and economic growth.

The minister’s hurried offer to hand over critical decision-making functions to an independent authority before engaging with the above questions seems to have little to do with environment protection. While it will relieve the ministry of controversies surrounding clearances, it does not guarantee better environmental decisions. More importantly, those suffering environmental impacts will not have a minister to pin down to the hot seat.