Here’s to you, Mrs Robinson

Ostrom won the Nobel Prize in 2009 for her pioneering work on how communities manage common resources. She challenged the popular view that commons such as grazing grounds or fishing areas would get inevitably degraded since they belonged to nobody. Every person using such common resources would have an incentive to use them irresponsibly. Such instances are not uncommon, as our own experience with overfishing indicates. But Ostrom also showed, in her detailed research on the ground, that communities evolve their own rules that ensure common resources are used sustainably. Her broader point was that institutions of cooperation can evolve without government intervention. 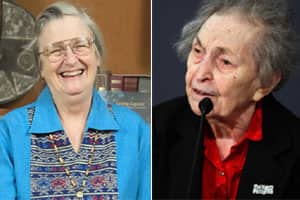 It is curious that Ostrom is the only woman to have won the Nobel Prize in economics; the other 68 laureates since 1969 have been men. One does not know whether this reflects gender bias or whether too few women take up the subject.

In 1995, two economists decided to examine why women are under-represented in the economics profession, based on a survey of students in the introductory economics course at the Harvard University in 1991 and 1992. Karen E. Dynan and Cecilia Elena Rouse later also looked at the data across liberal arts colleges in the US in 1999. Their conclusions are complex, and offer no overarching reason why women are reluctant economists. The lower proportion of women students who decide to study more economics is not driven by the fact that women tend to have weaker maths background, the lack of female role models or the class environment. From their study of liberal arts colleges, Dynan and Rouse conclude: “Both student characteristics and attitudes that exist prior to setting foot inside an economics class and those that are formed during the class are important determinants of the decision to continue to study economics. We find that some factors affect male and female students equally; others have different effects on men and women. Teachers who allocate more time to discussion and more time to topics that are traditionally considered to be of interest to women will encourage students of both sexes. Evaluating students in ways other than exams and doing a warm-up activity at the beginning of the semester will also help students of both sexes, but may be particularly beneficial for female students. Finally, incorporating more group problem-solving into a class may harm or help students, depending on the gender composition of the class."

Several years ago, Friedman observed that the failure of the Nobel committee to give the award to women economists was not because of male chauvinist bias. He said that Joan Robinson was one obvious candidate for the economics Nobel, but she was not given the prize for another type of bias. Friedman did not explicitly explain what bias he was referring to, but only said that other economists would understand. One assumes he meant political bias, because by the time a Nobel for economics was instituted, Robinson had embraced extreme left-wing political causes, including praise for the Chinese and North Korean communist regimes. Though from the other end of the political spectrum, Friedman seemed to think this was unfair to Robinson.

There are many towering women economists worthy of a Nobel at this point in time as well. Anne Krueger is one obvious example, especially for her work on rent-seeking and policy reform. Her name is often brought up when other economists are speculating on the next laureate during the Nobel season.

The reasons why there are not more women economists and why the existing lot does not get adequate recognition are not amenable to an easy narrative. All we can say is that the world needs more women economists. As a study by two Swedish economists—Christina Jonung and Ann-Charlotte Stahlberg—observed: “If more economists are women, economic analysis will be richer, and if more women are familiar with economic reasoning, public debate will be stronger and deeper."