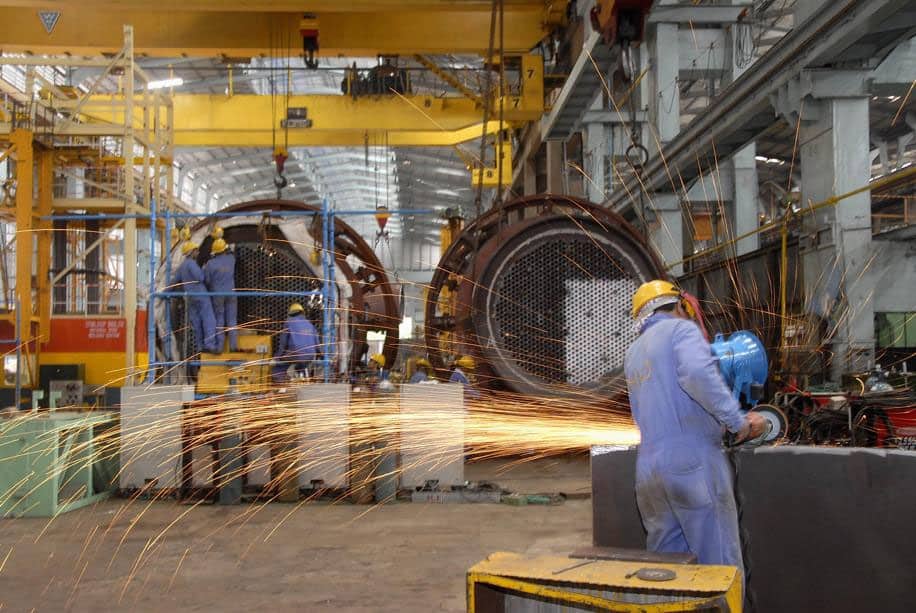 This column had asked more than two years ago whether the V-shaped recovery after the global economic crisis was illusory, and whether the second decade of this century would see India trapped in a pincer movement of lower growth and higher inflation—a mild form of stagflation. What I have done here is try to chart out what a lower growth trajectory would mean for India over the medium term. 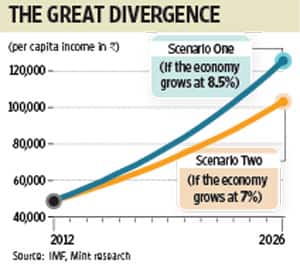 What the graph then shows is that a structural economic slowdown will lead to very different outcomes from now to 2026. Average incomes will be higher by a quarter in case the economy recovers its lost momentum.

The effects of slower growth will not be restricted to families alone. The ability of the government to collect taxes and then fund important social sector initiatives in areas such as education, public health and infrastructure will be affected. Job creation could be another casualty of slower growth.

The government will say that the slowdown is because of global factors while the critics will argue, quite correctly, that the main problem has been economic mismanagement since 2004, especially fiscal profligacy and the lack of economic reforms. But the fact that this is a structural slowdown can no longer be airily dismissed.

The loss of economic momentum could have deep social implications. In a typically thoughtful article published in The Indian Express on 20 July, Pratap Bhanu Mehta, president of the Centre for Policy Research, said: “The psychological transformation that growth brings should not be underestimated. There is a world of difference between societies where per capita incomes double every eight years or so, versus a society where per capita incomes double in twice that time."

In other words, there is a world of difference between the India of the first decade of this century versus the India of the 1970s. The question is whether the political leadership of the country will see this as a major problem or a minor one.

The modernist wing of the national movement understood that India needed to grow its economy quickly and to adopt modern technology if it was to abolish mass poverty. The belief in the years immediately after independence was that this process would be driven by the government, through national planning and a public sector. The focus over the past two decades has been on a greater role for markets and the private sector. But the goal was the same: faster economic growth. The splendid success that China has made since 1980 in reducing poverty is ample proof that the only way to reduce mass poverty is through faster economic growth.

Unfortunately, the two United Progressive Alliance governments since 2004 have taken economic growth for granted. Goaded by Sonia Gandhi and her National Advisory Council, it focused its attention on ambitious spending plans that assumed strong growth in tax collections. This strategy has landed the Indian economy in a mess, with a high fiscal deficit, rising inflation and an investment slowdown.

The next government will hopefully realize that a country needs rapid economic growth before it can begin to figure out ways to make that growth more inclusive.