Recently I’ve been thinking of all the human resources (HR) policies, HR manuals and employee handbooks of every single company I have worked in. And I am trying to think if any of them had even a single clause pertaining to amorous relationships between co-workers.

But first an observation. If there is one characteristic I can think of that is common to all these policy documents, it has to be ‘an utter lack of balance or proportion’. 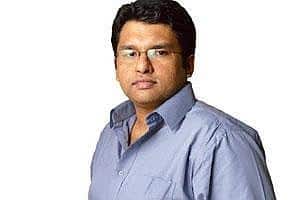 But while reading a recent article on the CanadianBusiness.com website, it occurred to me that none of these policies ever touched upon the topic of in-office relationships. Which seemed odd. The article indicated that companies in the West explicitly had policies dealing with cubicle coochie-coo.

Usually what HR managers in India do is take policies from the American Head Office, control-find-replace the phrase ‘company will reimburse employee’ with the phrase ‘employee will reimburse company’, change dollars to rupees, substitute all American leave allowances with its square root, and then add a new 17-page Capital Expense Requisition Proforma at the end with questions such as: ‘Explain, with diagrams, how this purchase of new optical mouse will benefit the company’s P/E Ratios and Free Cash Flows over the next 4 quarters.’

But somehow none of them had ever adopted office romance clauses. The closest I’d come to anything like that was a special ₹ 5,000 allowance one ex-employer gave every employee on their marriage. However, this was only valid for the first marriage. And if two employees married each other, only one of them got the allowance.

Now, I have nothing against office romances. I am not some kind of Cubicle Taliban. But I was always under the impression that these were fraught with risk for both the organization and the individuals concerned.

Having a couple working within the same team or department can be extremely complicated. Especially if one reports to the other. As it is, managing people is such a hard thing to do. Imagine having to tell a girlfriend or a boyfriend that they are behind schedule? Or appraising them? Shudder.

“Darling, I feel like going and watching The Dictator tonight. Do you have any plans?"

“Why don’t you go along by yourself. Today I am thinking of working on improving the extent to which, commensurate to my grade, I am cooperative, considerate, and tactful in dealing with supervisors, subordinates, peers, customers and other shareholders."

Now it appears my fears are unfounded. According to the Canadianbusiness.com piece, ‘Office romance is good for business’, cubicle coupling might actually be not only tolerable, but also beneficial. For all parties.

Author Jasmine Budak quotes a number of research reports. For instance, one study shows that there is a 20% chance of an office date turning into a long-term relationship. Apparently this is much, much better than the odds offered both by many dating websites and, according to a personal survey I have with me, doing C++ projects for girls in engineering colleges.

There is more. Budak refers to a Swedish survey of 1,500 workplaces and 37,000 employees that threw up a rather counter-intuitive result: spouses who worked together had half the divorce rates of the general public.

This goes in the face of prevailing wisdom: that distance and limited interaction is what truly keeps a married couple together. Who wants to see the same face at work AND at home? But then think about it. What if your spouse could see first hand the pressures you’re under and the deadlines you’re grappling with?

Companies, meanwhile, see better morale, productivity and higher retention among those in relationships or married to colleagues. No wonder America’s successful Southwest Airlines welcomes office relationships. Budak says there are 1,200 married couples out of the airline’s 35,000 headcount. (Air India! Are you listening?)

Suddenly, office romances no longer seem a bad idea. Maybe Indian companies should think of not only a relationships policy, but also one that deals with romances positively and supportively. Also, they may want to encourage already married employees to actively interact with single colleagues of the opposite sex. In a purely mentoral capacity. It just makes good business sense.

Cubiclenama takes a weekly look at the pleasures and perils of corporate life. Your comments are welcome at cubiclenama@livemint.com