Food or cash: the subsidy conundrum

Food or cash: the subsidy conundrum

With the proposal to move towards direct cash transfers, Budget 2011 has put upfront the agenda of reforms in public service delivery. The attractiveness of such transfers lies in the beneficiary getting what’s due to him directly, without any intermediary. Therefore, at least in theory, there is no possibility of leakage and the attendant corruption. But however appealing the theory may be, there is more to cash transfers than the textbook suggests. 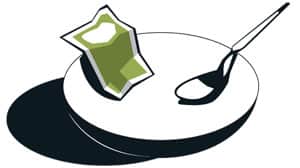 Except the reality turned out to be different. Take the case of the public distribution system (PDS). As the Planning Commission showed in the 11th Plan, leakages increased from 28% in 1993-94 (universal distribution) to 54% in 2004-05 (targeted distribution). Did the poor benefit out of it? Data showed that access to foodgrains for the bottom half of the economic hierarchy increased marginally from 28% in 1993-94 to 30% in 2004-05. Even average foodgrain consumption from PDS failed to improve between 1993-94 and 2004-05. The solution was worse than the problem, because our policymakers could not anticipate the issues that plague the system of targeting.

Even now, those who argue in favour of cash transfers do not acknowledge a simple fact—the problem was not that PDS was delivering grain instead of cash; it was with targeting itself. Unfortunately, this problem will remain even in a cash transfer regime unless it is made universal. At least in the direct provision of foodgrains through PDS, a substantial segment of the population could voluntarily opt out—because of either the inferior quality of grains or of the cost of accessing them (from infrequent opening of PDS shops to standing in queues for hours). Instead, if cash is delivered straight to everybody’s bank account in a universal distribution model, why should the non-poor opt out?

Evidence of leakages in PDS has often been cited to argue for benefits that would accrue with cash transfers.?The Economic Survey, using National Sample Survey (NSS) data, has gone to great lengths to show leakages to the extent of 40-50% in PDS, but has conveniently ignored the success stories. Using the same NSS data, we find that leakages were almost nil in 2007-08 in Tamil Nadu and Chhattisgarh. Tamil Nadu has achieved this simply by not targeting. In Chhattisgarh, near universal PDS coverage combined with low-cost technological innovations have led to negligible leakages. Even in Andhra Pradesh, Kerala and Himachal Pradesh, leakages were 15% or less because of expanded coverage.

What about cash transfers? Evidence is hard to come by from nationally representative independent surveys. However, some idea of the extent of leakages is available for social pension schemes and Indira Awaas Yojana (IAY), which are cash transfer programmes. Field studies on IAY and social pensions do not suggest a different ratio of leakage than in the case of PDS. Nonetheless, a recent evaluation of old-age and widow pensions in Karnataka by three World Bank economists shows leakages at 17%—significantly higher than that in Tamil Nadu and Chhattisgarh for PDS.

Support for cash transfers also comes from those who find technological solutions such as the unique identification (UID) to be the panacea to all public service delivery ailments. First, we need to remember that UID may not be a full-fledged solution until everyone in the country has been enumerated. That, by UID’s own estimates, is unlikely to happen before the 13th Plan. Even if it does work wonders, there is no reason to believe UID will only work with cash transfers and not with direct food provisioning. The same principles and rules apply to both. But Chhattisgarh and Tamil Nadu have shown that there is a cheaper and faster solution available—using existing technologies such as GPS- and SMS-based tracking and online monitoring to drive delivery of subsidies.

Finally, the issue is not about cash versus food. Nor is it about technological compatibility with newer methods of ensuring accountability. The real issue is the immediate need for governance reform, and for an effective and foolproof way of identifying the correct beneficiaries of subsidies. Unfortunately, the government seems to be intent on covering its failure to correct targeting problems by diverting attention to the cash versus food debate. But that is akin to missing the woods for the trees.