Do you know men who care about their underwear? I don’t. Most men I know treat underwear at par with socks as something you have to wear but which most people will not see properly and which therefore, is not worth spending too much money on. If it’s comfortable, we’ll wear it.

There was a tendency in the 1990s to make a big deal out of the Y-fronts versus boxer shorts debate. The way the fashion mags told it, Y-fronts were downmarket but boxers were cool. Why men should take pride in wearing baggy shorts that served no purpose other than letting their testicles dangle inside their trousers was never made clear. 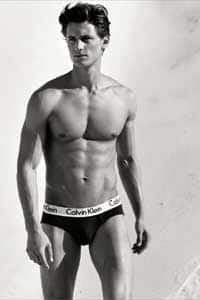 Inner thought: Are you a Y-fronts or a boxers man?

The boxer-mania reached its height when Bill Clinton was president. Asked by some flirtatious young girl on one of those. The-Prez-meets-the-New- Generation shows that MTV used to put out in that era, whether he wore Y-fronts or boxers, Clinton answered, (with a lascivious grin, naturally) that he preferred boxers.

This was regarded as astonishingly cool and soon Americans flocked to their shopping malls to buy patterned boxer shorts. Personally, I thought the whole thing was faintly silly. Should the president of the United States be discussing his underwear on national TV? And should people care what kind of underwear Clinton wore when, most of the time, his shorts were probably in a puddle around his ankles anyway?

In Britain, the underwear question crops up from time to time. John Major was once witheringly described as “the sort of man who tucks his shirt into his underwear" (as many Brits do).

But on the whole, Brits are content to go to Marks and Spencer, purveyors of underwear to the UK, and buy something simple in a pack of three. If there is a fuss, it is when somebody such as the TV presenter Jeremy Paxman complains about the deterioration in the quality of M&S’ underwear.

In India, we are even less concerned by the underwear issue. Not only do we not care what underwear our politicians wear but even when it comes to movie stars, their underwear preferences are rarely discussed. Does anybody care what kind of underwear Shah Rukh Khan wears (a thong, perhaps)?

It’s different with women. They are obsessed with underwear. They will spend fortunes on it. They treat it as a weapon of seduction. They follow underwear fashion trends. And they talk about it with each other. (Have you ever seen two men discussing underwear?)

Some of this is passed off as a question of comfort. Women will tell you that there’s nothing more restrictive than an uncomfortable bra. It’s important, they will say, to buy a bra that is made from the right fabric and that fits right. We don’t understand, they will argue, because we don’t have breasts.

Yeah, well, maybe. I’ll accept that explanation — up to a point. Yes of course a comfortable bra is important and because God denied us breasts, men cannot possibly know what it feels like.

But ladies, come clean. Is it really all about comfort?

When I lived in England, legions of friends and family would send me shopping lists (this was back in the 1970s when nothing much was available here). Nearly always, the women would want bras from Marks and Spencer.

I made so many trips to the lingerie department of M&S’ Oxford Street branch that the staff began to regard me as some kind of kinky bra fetishist. But what struck me as odd was this: Something like 90% of all women wanted their bras in only one size — 34B.

In the late 1970s, I interviewed an Indian bra manufacturer and posed the 34B conundrum to her. Oh that’s simple, she said, even we make 80% of our bras in size 34B!

But that made no sense.

Yes, it didn’t, she said. But most Indian women had never been measured for bras. They had no idea what size they really were. So, they stuck to 34B because they had been told it was the ideal size.

But surely a bra that was too small was incredibly uncomfortable?

Oh yes, she said. But Indian women don’t really know what a comfortable bra should feel like. As long as it is imported and it is 34B, they’ll wear it anyway.

Perhaps things have changed since then but it is specious to claim that Indian women only care about breast comfort. They wear bras for all sorts of cosmetic reasons: push-ups, maximizers, minimizers, halter-bras, backless bras, sports bras and lots of other kinds of bras which, as a man, I know nothing about.

Many argue that bras can be sexy. I suppose that’s true enough in a basic sort of way. If you wear one of those bras that makes your cleavage look like the Grand Canyon, you’ll attract a certain kind of man. But I don’t think it goes beyond that. Do we really get turned on by delicate lace patterns in bras? Are we stimulated by two-tone colourings? Do we pant at the thought that under the sari there might be a pair of knickers with the odd ruffle or two?

Frankly, I think not. The only question that really interests most men about bras is how to open that damn clasp. The odd perv might spend hours staring at a woman in sexy underwear but really, the rest of us couldn’t be bothered. Besides, if a man is fascinated by crotchless panties, how desperate do you have to be to want to date him?

The truth is that underwear, like make-up and fashion, is one of those feminine obsessions that women enjoy for their own sake. But because it seems too self-indulgent to admit to wanting to spend as much on a three-pack of knickers as you would on an iPod, women pretend that they are doing if for men.

Ladies, if you really believe that, do yourselves a favour and save the money. We don’t even notice. And when we do, we don’t really care.

But if you are doing it for yourselves, then please stop using us as the excuse.