Evening walkers on the lovely promenade along Carter Road in Bandra, Mumbai, are often treated to an ugly sight, as a noisy cavalcade carries one of the surliest men in Maharashtra politics back to his house. The flashing lights, screaming sirens, gun-toting policemen and private thugs are all part of a grotesque display of power that is common in many parts of India. In the mornings, the same cavalcade also makes its way to the sea bridge linking Bandra and Worli, as the man goes to work. There are queues of cars at the toll booth on most mornings, but the convoy could not be bothered by the minor problem of ordinary people waiting for their turn. It weaves its way through the gaps in the queues, musclemen jump off, hands are waved, cars are halted—and the man cuts through straight to the head of the queue his cronies have chosen for the day. Then the SUV is off, followed by those flashing lights, screaming sirens, gun-toting policemen and private thugs. 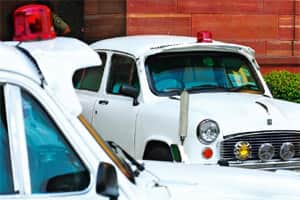 Flashpoint: The behaviour of the elite tells us a lot about our public culture.

Such behaviour tells us a lot about the public culture of a country. In a clever study published in 2007, two economists, Raymond Fisman and Edward Miguel, went through public records of parking tickets given in Manhattan to diplomats from 146 countries in the UN. Till 2002, the New York police did not enforce rules of traffic violations by diplomats, so there was an invitation to park at will. Violating the law did not carry any costs. Yet, diplomats from countries such as Japan, Sweden and Canada took care to drive around the block to find an open parking slot. Diplomats from countries such as Kuwait, Egypt and Angola parked at will.

Why did these two groups of diplomats respond in such different ways to the same incentive to break rules? Fisman and Miguel said social norms were the cause. They found a strong correlation between parking behaviour and the level of corruption in the home countries of the diplomats concerned. Essentially, parking behaviour is a reflection of the social norms prevalent in a country. It explains why a Kuwaiti diplomat has few qualms about breaking the law while a Norwegian diplomat would rarely do so.

The interesting thing about the study was that Indian diplomats were middling violators in terms of parking tickets per diplomat—82 out of a total 146 countries. European diplomats from Italy, Spain, Portugal and France were worse. Here, the broad correlation between corruption indices and parking behaviour breaks down.

Of course, enforcement of the law continues to matter. Parking violations by diplomats fell sharply after New York mayor Michael Bloomberg decided in 2002 to enforce the rules. However, the overall pattern persisted, as most of the violations continued to come from countries that have more corruption.

The Fisman-Miguel study—that was later part of a book, Economic Gangsters: Corruption, Violence And the Poverty of Nations—tracked the behaviour of the elite. But the ability to follow rules matters across all parts of society. It is an important ingredient of national success. Writing in The Huffington Post, writer O’Brien Browne asked whether the ongoing economic crisis in Europe can be explained by culture.

“In some cultures, people stand patiently at a red traffic light, waiting for it to turn green—even if there are no cars to be seen. Once the light changes, they cross the street, secure in the feeling that no car will hit them. These Red Light cultures believe in rules and regulations. Other cultures believe that when crossing the street it is logical to simply look both ways. If no cars are coming, it is safe to cross—the light is always green in their thinking. They don’t trust the ‘system’; they trust themselves."

It is not hard to see that Germany has a Red Light culture while Greece has a Green Light culture. Each is puzzled by the other. In an earlier instalment of this column, The Impartial Spectator had used the insights of game theory to ask why Indians find it easier to follow social norms rather than rules created by governments (“Why we prefer social convention to rigid rules", 5 May).

Coming back to the issue of parking violations, there is a story to be shared from London as well. The central parts of the city have a congestion charge that car owners have to pay. The £10 (around ₹ 850) a day congestion charge was introduced to dissuade people from bringing their cars into gridlocked streets. The road tax came into focus recently when the city government sent a bill to US president Barack Obama after his convoy went through central London.

There has been a bit of a debate about whether government cars should be made to pay the congestion charge under international treaties. The Indian Express reported in May that the Indian high commission in London owes £2.4 million. Data from British news reports shows that India is one of the top defaulters, while the New York study shows our diplomats to be relatively middling violators of parking rules.

One of the secondary results from the Fisman-Miguel study was that the intensity of parking violations was negatively correlated with how well a particular country got on with the US. It would be tempting to argue that the different behaviour in New York and London points to changing foreign policy—India is now closer to the US than it is to the UK. But that hypothesis gets shot to pieces because the top violator in London is the US embassy. Also, the New York data is per diplomat while the London data is for the embassy as a whole.

The behaviour of our elite in public spaces is an indictment. So I was not surprised when I recently read that our parliamentarians are now demanding the same privileges on the Delhi Metro that they get when flying Air India—Metro staff to receive them at stations, help them board trains and, who knows, perhaps lift their bags for them. It is the same culture of the red beacon that assumes ministers should not wait at toll booths, government cars need not follow parking rules, and fines are for ordinary wimps.

Write to Niranjan at impartialspectator@livemint.com