India’s war against malnutrition is failing

The third round of the National Family Health Survey (NFHS) conducted in 2005-06 had focused the world’s attention on India’s nutritional crisis. It showed that child malnutrition rates had barely improved since the early 1990s despite fast economic growth and fall in poverty levels. The recently published results of the District Level Health Survey (DLHS) show that India has not made much progress in the fight against malnutrition since then, and that the stasis in nutritional outcomes continues. 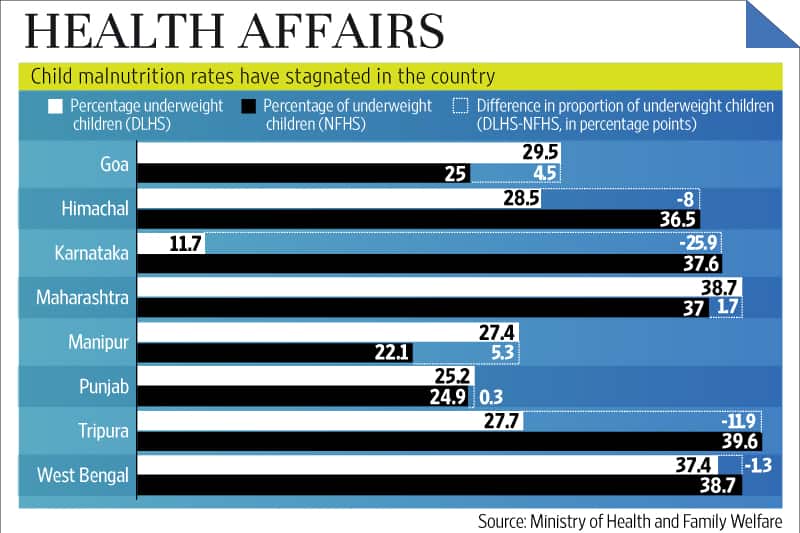 Unlike the NFHS, the DLHS does not cover the entire country. It leaves out nine key states that account for the bulk of India’s malnourished children. We will have to wait till the results of the next NFHS survey, which is underway currently, to arrive at a full picture of how malnutrition rates have changed across the entire country over the past decade.

The preview provided by the latest DLHS results indicates that the final picture might not be very pretty.