An examination of trust

An examination of trust

During 2011, many discussions around the country focused on corruption. Anna Hazare’s “Lokpal movement" had catalysed a somnolent India into thinking about something that was endemic to public servants but had gradually grown into an epidemic. A strong underlying theme was this notion of a public official engaging in acts of corruption and citizens being hapless victims. The magic bullet proposed was the institution of Lokpal (an ombudsman), which would protect the country from corrupt public officials. 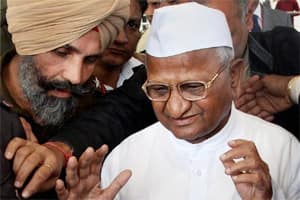 Is the prognosis grim? It doesn’t have to be. If the “seller" and “buyer" enter a transaction where expectations are clear and met, then trust is established and delivered. If that engagement is repeated, then trust is strengthened. Particularly in instances where large number of people are involved, if the expectation is met, then a virtuous cycle develops. You might think this is simply professionalism, but in India mere service or product delivered according to expectation represents an act of trust. There are examples—IRCTC for online train reservations, IndiGo Airlines’ on-time service, the TVS Group’s record of trust over many decades, HDFC’s mortgage application process, and IIT admissions. This last one—credible school and college admission processes—is really significant for a country obsessed with education and short on trust. Trust betrayed is corruption.

I caught up with Madan Padaki, an entrepreneur who co-founded a company called MeritTrac in 2000, which has since become a holding of Manipal Global Education. MeritTrac is India’s largest testing and assessment company. My conversation with Padaki opened a window on a quiet process revolution taking place for a variety of entrance examinations in the country.

The examination market in India is magnificently large and diverse. Padaki estimates that there are over 200 million examinations of consequence at the higher education level and above each year. During the year, nearly 30-40 million unique individuals are taking an entrance, semester or employment examination. That makes for nearly a million transactions a day. That’s a million opportunities to establish or break trust between examiner (institution) and examinee. Consider this. In 2011, 3.6 million people applied for 20,000 openings for the State Bank of India probationary officer’s position. Padaki’s firm handled nearly a million candidates for 15,000 positions for constables in the Border Security Force. The largest annual examination in the country is the All India Engineering Entrance Examination for engineering colleges. Nearly 1.1 million candidates took the exam last year, at 1685 centres located in 86 cities, for 35,000 college seats. Believe it or not, that examination is still administered with paper and pencil, as is the Joint Entrance Examination for the Indian Institutes of Technology and the medical entrance test managed by the All India Institute of Medical Sciences.

Padaki speaks with passion and animation about “process improvements" coming down the pike. He tells me about technology that will allow for instantly publishing scores on online exams so that candidates are left in no doubt about their performance. Grading on a curve happens later in chronology, but that leaves less room for a breach of trust. His firm is working on a new way of on-screen marking for descriptive paper evaluation and a biometric real-time authentication method to reduce malpractice through impersonation.

MeritTrac, Prometric and Tata Consultancy Services, among other firms, are creating and implementing technology-based processes that significantly reduce the everyday corruption opportunity in the examination market. IRCTC’s online ticketing did the same for rail reservations. Passport services in some jurisdictions have been outsourced (mixed but improving performance). Mahindra and Mahindra has introduced a new, independently administered, bidding and lottery system for their oversubscribed XUV 500. Reason for hope? You judge.

PS: “He who does not trust enough, will not be trusted", said the wise Lao Tzu.