The beauty of genius in decline

The beauty of genius in decline

Virat Kohli is caught in an intriguing place, the sporting ascent of man. He is fine potential starting its long-term translation, his very beauty lies in uncertainty, in the idea that he is the maybe great, and this possibility leads us to want to journey with him. We are impressed by his toughness—which is the bedrock of any greatness—yet how far it extends is still a presumption. 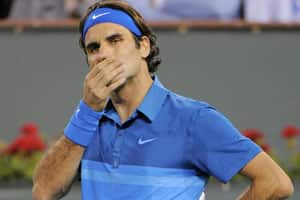 Roger Federer’s strokes can seem uncertain at times when he is under pressure. Mark J. Terrill/AP

Tiger Woods, Federer and even Sachin Tendulkar—irrespective of whether he has scored his 100th century by now and no this is not some veiled call for his retirement—are past ascent and arrival and into different stages of the sporting descent of man. Not done yet, not themselves either. This is not about argument, but about fascination. Of all athletic stages, the genius who falls below his own exalted standard of great, who is warding off the inevitability of “was" great, is most compelling. How do you reconcile yourself to a new standard, what deals do you make with yourself (is three tournament wins a year acceptable when once it was eight?), what frustration creeps across the brain wherein you know how to make the shot, you’ve done it in your sleep, when hungover, when tired, but now it won’t *&^%$ come?

Woods has not won a Major since 2008, Federer not since January 2010. Michael Schumacher, not quite in this company right now because he isn’t able to contend, has an idea of their predicament; V.V.S. Laxman, while not quite of that calibre, will find some commonality with them. They are in crises laced with irony, for the clarity of thought which shaped them has been replaced by clutter. One might say Yogi Berra’s absurdly brilliant words of “Baseball is ninety percent mental and the other half is physical", which all sport swears by, is haunting them.

Tennis isn’t swimming, golf isn’t rowing, cricket isn’t sprinting, and this is not to diminish other sports but separate them. In sprinting, so wonderfully elemental, you just go. In golf, you have time to over-think, in cricket and tennis you wield a creative instrument and respond to idea. In these sports, the mind is broken into a series of excruciating mental moments of decision making and nerve. We can measure the body’s functions, but the mind has no real measure like lactic acid. So like archaeologists sifting the dust, we feed on signs.

Clearly, these men make more mistakes. Even as the evocative part of genius is the sublime shot, in effect greatness is also the absence of error. Woods, in the lead, could play like an auditor. Federer won 6-0 sets in Grand Slam finals with just a higher form of consistency. Laxman’s bat is like a quill writing incomplete verses. Tendulkar’s staggering reliability has diminished for now.

Woods enforced his will on the game and the ball. When it came off his putter, it did not fall in simply because of technique but as if it was ordered to. But perhaps he, like the others, is having more conversations in his head than he once did. The putt is golf’s closing shot and Woods was golf’s closer. Now he misses five-footers everywhere. At Doral, Florida, recently, he said: “I don’t know; I hit pure putts. I hit them right on my line, and they were just lipping out." He is astonished and resigned all at once. Now even his body, once an advertisement for golf’s new muscular world, is falling apart. He must think, what next, and it is like a bruise on the concentration.

Of a glorious past: (from top) Sachin Tendulkar, Roger Federer and Tiger Woods are not done yet, but not themselves either. AP, AP, Reuters

A former Australian Tour pro told me last week: “It’s a nerve thing. The young golfer is not scared to miss, but when you start to miss you are scared of the ramifications. Woods won everything as a golfer and didn’t have to deal with what happens when you miss. But now you think about it a little more, you’re thinking about your mechanics more than you should be rather than thinking of the feel and the desire which made him hole those putts".

Woods has lost his complete control. Federer has Majors on his mind. He is slightly different from these men because his sport is more athletic. He was superb against Andy Murray in Dubai and at times he looks the same, all polish and invention, but in Majors, under pressure, his strokes can resemble an uncertain prayer. There was, when he won in Dubai a fortnight ago, a fine moment, almost tragic in a way, when he said, “Any title is a good one, I’ll tell you that."

As much as I am watching Kohli’s rise, this is my favourite story in sport, all this Dylan Thomas stuff about Rage, rage against the dying of the light. Maybe because my own whisky/tobacco body moves like a wheezing steam engine, they have become my emissaries in the fight to be relevant on a field. I like their rage against youth, their refusal to know their place, the way they take refuge in practice, their smartness in managing Scotch-taped bodies, their conditioning which forces them to scrap, their holding on to dignity, their constant reinvention of themselves.

There is enough left in them, you suspect, for the inspired week, but this is the thing, it is not enough. They have to find the inspired week in the right week. Men in decline, yet somehow able to make the ultimate ascent. And if they look around they will find literal proof of its possibility. The brilliant pole vaulter Yelena Isinbayeva hadn’t won a major title since 2008. Then, this year, she set a world indoor record and then won gold at the world indoor athletics championships. Evidently, you’re never too old to fly in sport.

Rohit Brijnath is a senior correspondent with The Straits Times, Singapore.

Write to Rohit at gametheory@livemint.com