Against my expectations of gains last week, benchmark indices S&P CNX Nifty ended down 1.89% and the Sensex closed 1.38% lower for the week, proving me wrong. The losses can be attributed largely to domestic factors, which include a cut in India’s sovereign ratings outlook to negative by Standard and Poor’s (S&P) in light of the country’s economic and fiscal challenges. The worries over the provisions of GAAR (general anti-avoidance regulations) and their likely implications on foreign institutional investors (FIIs) also kept both foreign investors and domestic sentiments on the tenterhooks as there are a lot of uncertainties related to the taxation of foreign investors, which has tormented the markets for some weeks now. As a consequence, foreign inflows turned negative this month as FIIs ended net sellers in each of the previous four sessions, for a total of ₹ 1,834 crore. 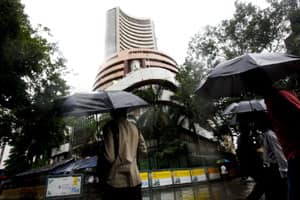 The global scenario has been broadly positive with Europe and the US posting gains over the week. Interestingly, economic indicators, both in the US and in Europe, were all negative and mostly below analysts’ expectations. Spain and the UK officially slipped into recession. The UK’s first quarter gross domestic product (Q1 GDP) was disappointing, while Spain’s unemployment rate rose to 24.4% in the first quarter of this year, which means one in two young Spaniards is out of work. Adding insult to the injury, S&P on 26 April downgraded Spain’s debt rating by two notches to BBB+, citing its deteriorating fiscal balance and the risk of having to provide more public support to the banks.

US data continued to disappoint on weekly jobs and weak Q1 GDP added to concerns about the US economy. However, a bumper earnings season in the US made up somewhat for the poor economic indicators as about 73% of the companies that have reported results so far have beaten expectations. Companies such as Amazon.com Inc., Expedia Inc., Apple Inc., ebay Inc. and a host of other S&P 500 firms demonstrated robust performance, which pushed US benchmark indices higher. At the close, the undertone on global bourses remained cautious as dwindling economic scenario in the euro zone and in the US remain a worry.

The outlook continues to remain cautious with a positive bias as the optimism over earnings may keep the momentum alive on the global bourses. However, this week the focus is likely to shift to economic indicators as the very important jobs data in the US are due this week, which include private sector ADP employment report on Wednesday, weekly jobless claims numbers on Thursday and non-farm payroll data on Friday. Jobs growth in March slowed to 120,000, the smallest increase since October, disappointing investors even though the unemployment rate fell to a three-year low of 8.2%. Analysts would watch for jobs growth as an important indicator of US economic growth. If the data continues to disappoint, this could be a set back for the US bourses.

At home, the data calendar is hectic this week, with the HSBC Markit manufacturing PMI (Purchasing Managers’ Index) data and the monthly auto sales numbers scheduled for release. India’s services sector PMI data is due on Thursday. These will give initial indicators about the economy. However, they may not be able to give any direction as not much is expected from these numbers. The market could expect some central bank action in the bond market, which is likely to boost equities. However, the biggest trigger for the market will be clarity on GAAR with clear-cut implications for foreign funds. Markets have been gasping for clarity for long and the issue related to GAAR has to be settled before the end of the Parliament session on 22 May. The earlier the issue is clarified, the better it will be for the market.

Technically, the markets are looking cautiously positive and despite all the odds in play, the Nifty is showing signs of a rebound. The Nifty, which closed above the technically critical level of 5,181 points last week, looks set to gain and on its way up. It is likely to come across its first resistance at 5,233. If it crosses this level with volumes or settles above it, this would be the first confirmation of a positive trend in the immediate term as a break-out above this could see a brief rally of 75 points, as the next resistance is pegged at 5,308. The Nifty could see some consolidation of a range-bound movement between 5,291 and 5,341 points. Following some consolidation, the Nifty could attempt to test the resistance at 5,341, which is a very crucial level and, if broken, could trigger a bigger rally spanning a few days. However, the next resistance would shortly follow at 5,379, which is a moderate resistance but could strengthen sentiments if breached. On the way down, the Nifty continues to have a strong support at 5,181, which is likely to be a test for its strength as a close below this level with high volumes would be bearish, signalling more fall in the following session. The next support will come at 5,131, followed by a strong support at 5,056 points.

From my previous week’s recommendations, HCL Technologies Ltd and ICICI Bank Ltd met their targets. ONGC Ltd missed its target but continues to be a valid recommendation.

Vipul Verma is chief executive officer, Moneyvistas.com. Comments, questions and reactions to this column are welcome at ticker@ livemint.com.