A short and sweet primer on sexism, male privilege, gender and sex

With Pride Month kicking off in Mumbai on 3 January, a host of events have been planned over the following few weeks. You can catch a glimpse of them here . While the final Pride march will take place on 6 February, now’s a good time to go over some of the things that people say to gay people, which they really shouldn’t. These panels below, called ‘Sexist things people say’ have been taken from Gaysi’s recently released zine. The fourth edition of the Mumbai-based queer multimedia outfit is their first graphic outing. The panels have been made by Anushka Jadhav, managing director at No Country For Women, an organization that seeks to redress ineffective knowledge of gender, sex and sexuality in India.

Happy new year, folks. Don’t offend a gay person this year. Support equal rights for everyone, regardless of their sexual orientation, class, caste and location. 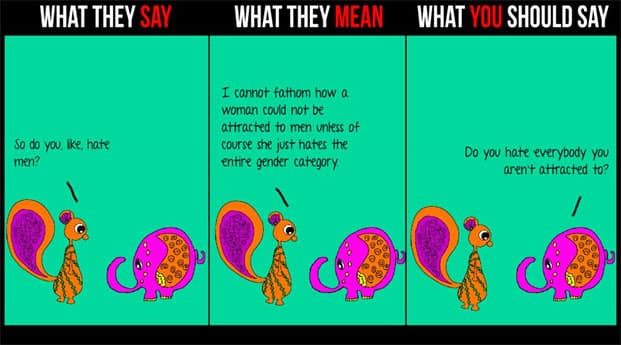 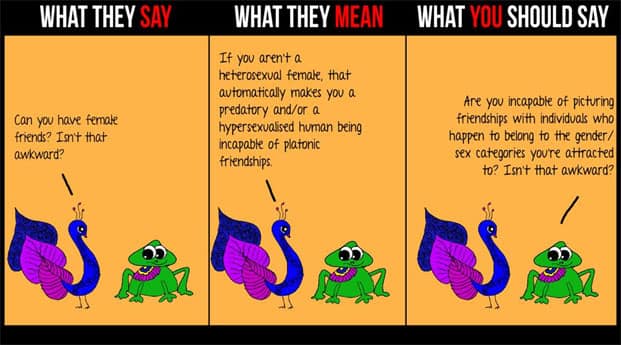 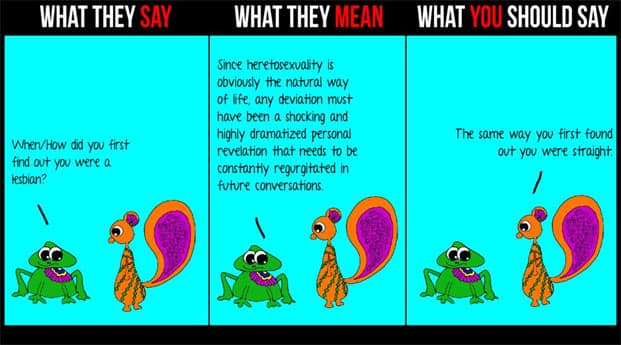 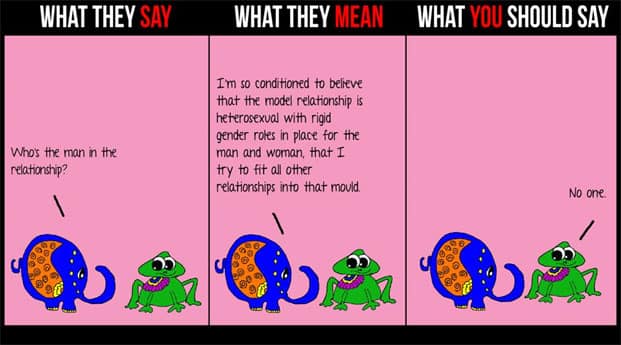 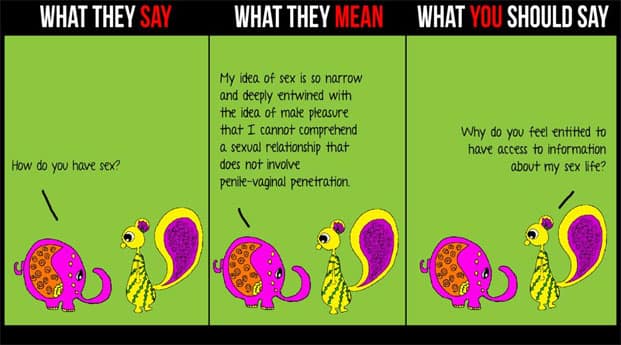 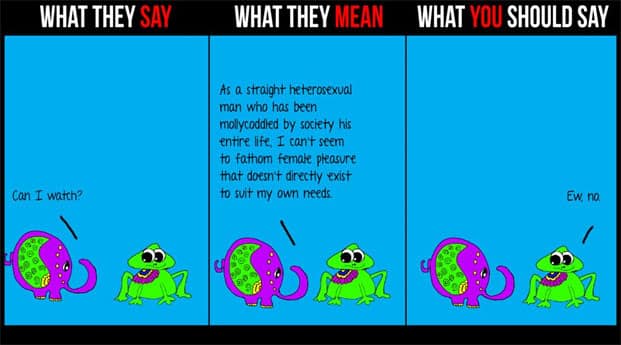 The Sex Talk is a blog on gender, sexuality, and blind spots