The iconic image of a lonely dissenter standing in front of tanks is being replayed the world over this week. But soon this fanfare will end and the world will go back to praising China’s economic engine. Yet, one fact would not have changed: that dissent against China’s entrenched authoritarianism is still lonely.

There was a moment in the spring of 1989 when it seemed that Mikhail Gorbachev’s glasnost in the Soviet Union would be replicated in China. But mass student protests were silenced when the army opened fire in Beijing’s Tiananmen Square on 4 June 1989. Since then, the Communist Party has ensured Tiananmen doesn’t recur. Even now, it has stepped up security in Beijing and barred foreign press. 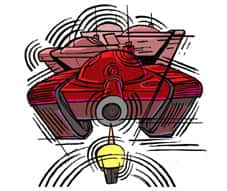 Over the last 30 years, the Chinese government may have allowed ordinary incomes to skyrocket thanks to its market reforms, but it’s made sure personal liberties don’t. Mobile phones are closely monitored, websites blocked, dissidents detained and demonstrations curtailed. Democracy movements are checked: In 2008, an online petition called “Charter08" attracted some attention before the government quickly blocked websites and summoned or interrogated 70 of the petition’s 303 signatories.

So, in 20 years, the political landscape has hardly any change to show. Economic prosperity may well have lulled ordinary Chinese into loyalty for the state, while other avenues for voicing dissent are shut off.

But, this status quo is a contradiction for those of us who think political and economic freedom are two sides of the same coin. Classical liberals such as F.A. Hayek were concerned in the 1940s that countries which curtailed economic—but not political—freedom were headed down a “road to serfdom". The collapse of communism has settled one side of that concern. But the other side rears its ugly head: On what road is China headed when it curtails political—but not economic—freedom?

Admirers of China have named this road the China Model—economic growth with political repression—that Vietnam and Myanmar too have adopted. Yet, China’s high priests of Marxism have surely discovered the same contradiction here: Rising incomes and a larger middle class mean greater political expectations. Last year’s Sichuan earthquake that killed thousands and a milk scandal that endangered innocents are only a beginning.

The Communist Party, it would seem, is now trying to delay the day when these contradictory elements are forced into a synthesis. But without the vent that democracy offers citizen grouses, this synthesis can only be a violently unstable one.

Where is China headed? Tell us at views@livemint.com