Sports idioms can enliven your writing

Sports idioms can enliven your writing

That is thin ice, you know." At a seminar on English language teaching, a professor from England said these words to me. I presumed that he considered my argument feeble. I had never seen snow before, or ice in its natural state. Still I could understand what the idiom meant. To skate on thin ice means to do something risky. 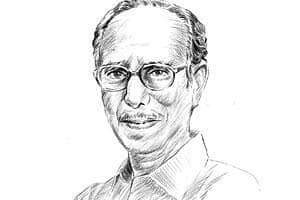 Idioms make a substantial contribution to the wealth and vigour of English vocabulary. American English is particularly creative. The use of sports idioms ensures that the discussion does not get lost in vaporous generalities. The White House echoes with sports metaphors tossed about by the President and staff. An MSNBC column carried the title: Bush runs his White House with sports metaphors. Here is an example: when criticized for the slow progress in the resolution of environmental issues, a White House spokesman said: “This is marathon, it’s not a sprint."

President Barack Obama’s State of the Union address was seasoned with several sports terms. He uttered the magic words team and teamwork. He insisted that people should play by the rules. “I will not stand by when our competitors don’t play by the rules." He looked for an economy where everyone gets a fair shot, adding, we are on track to meet that goal. He repeated his yes we can motto: “If the playing field is level, I promise you: America will always win." A reference to a level playing field has become de rigueur in political debate. If, additionally, people move the goal post, that can vitiate the spirit of the game.

There have been exhaustive studies of sports idioms in American English. Baseball idioms and golf idioms need special mention. Golf is not an aam aadmi’s game, and if someone says hole in one or par for the course, listeners might wonder what that means.

American English has a rich haul of baseball idioms. Baseball is not so widely played in England or Commonwealth countries, which prefer cricket and football. Expressions such as home stretch or step up to the plate or a home run may not have the same impact outside the US.

From athletics comes “jump the gun": it means make a false start. Then there is “beat the gun", meaning, in finance, make a profit by executing a trade before the market has responded to the development. A similar situation is suggested in the idiom “saved by the bell", which refers to boxing. The player is down and must get up before the count of 10. But before 10 is reached, the bell rings and closes that round. The count is stopped. The player is saved.

A rather bizarre explanation has been given to this idiom. The story is that in the 17th century, to save people from being buried alive, they were placed in a coffin with a bell attached. If the “dead" person came back to life, he could ring the bell and be rescued. World Wide Words has dismissed the story as “utter hogwash".

There is another view on this subject: writing in USA TODAY online, Del Jones asked: “Do foreign executives balk at sports jargon?" He felt that business executives can be put off by expressions such as slam dunk and jump-ball scenario.

A word of caution here is in order: between idioms and clichés, there is only a thin line. That is where writers have to temper their creative enthusiasm with prudence.