It was a time to protest and a time to celebrate; the tone was civil and yet it was loud; there were no banners, only sentences; no placards, only thoughts; nobody shouted slogans, we read paragraphs; there were no candles, only words. 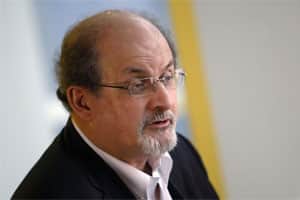 At different locations in five cities, Bangalore, Kochi, Kolkata, Mumbai and New Delhi, about a hundred people—readers, writers, artists, engineers, lawyers, professionals, students, and consultants—came with sheets filled with words and ideas that someone somewhere wanted suppressed. We were at Lodhi Gardens, on the bridge overlooking the duck pond, in the shadow of the ruins of another era, where writers who defied the state and those in power often met a ghastly end.

To remind us of just that, one of us read the three tweets of Saudi writer Hamza Kashgari, who now may face the death penalty in Saudi Arabia, after Malaysia sent him back to the Kingdom, instead of letting him continue his onward journey towards an asylum in New Zealand. In those tweets, Hamzah wrote of his respect, but not submission, and regard, but not devotion, for a messenger who he felt may not be perfect. More words followed—from A.K. Ramanujan, Ismat Chughtai, Salman Rushdie, Rohinton Mistry, Vikram Seth, Jeet Thayil, Rabindranath Tagore and Mohandas Gandhi. The short passages underscored the diversity of the Ramayana, offered defence against charges of obscenity, highlighted the role of a poet and the power of a stubborn idea, pleaded for an inclusive metropolis, warned of the sepulchral silence in a Republic of Censorship—dreaming of an India we had agreed to dream, where the mind is without fear—and gently reminded that love or affection cannot be demanded.

It was a privilege to be with the small group, being part of what ought to become a movement across the nation, because it affects everyone, irrespective of party affiliation, sexual orientation, religious conviction (or not), and view of globalization. All voices need to be heard. Silence some, you silence others; silence many, and you are left with only a few safe subjects, as the late Behram Contractor, or Busybee, noted about the emergency—cricket and mangoes.

It was an honour to read with the group and a deeply humbling moment. The shawl my friend Devangshu Datta handed me to wear that afternoon is a precious family heirloom—it was worn by Ramananda Chatterjee, his great-grandfather, who owned and published the Modern Review. Later that evening, at a seminar where we spoke, my friend, the literary critic Nilanjana Roy, took us back to the time when Keshub Chandra Sen talked of his “two offices", while campaigning for India’s freedom. The first, the journal he edited and the law office he ran; the other, the prison. At a time when prosecutors are considering charges against four authors and the organizers of the Jaipur Literature Festival, after the four read from The Satanic Verses, it is important for the government to remember the kind of state it is—letting writers speak, or letting rioters silence others.

This profound conversation needs to begin. Our being able to express ideas, challenge one another and question beliefs establishes our humanity. Our ability to settle differences by talking through things, by moving away from conversations we don’t like, by being sceptical about claims we disagree with, and by letting others have their say so that we can have ours creates that virtuous circle that restores our dignity. Do away with that, and we belong to the Land of Chup, or silence, as Rushdie points out in Haroun and the Sea of Stories: “All those arguments and debates, all that openness, had created powerful bonds of fellowship… the Chupwalas (those from the silent land) turned out to be a disunited rabble, suspicious and distrustful of one another. The Land of Gup (talk) is bathed in endless sunshine, while over in Chup, it is always the middle of the night."

That afternoon it felt like dawn. It was the beginning for all of us to speak what we think, read what we want, and shut the book if it is not interesting. The choice should be ours, not of the state, or men (almost always men) who claim to speak in the name of gods.

Salil Tripathi is a writer based in London. Your comments are welcome at salil@livemint.com.