Volatility ruled the bourses last week as the benchmark indices posted marginal gains after five straight weeks of losses. The undertone still remained cautious as there were lingering worries over taxing of foreign institutional investors (FIIs), though some worries were put to rest after the finance minister iterated that he does not propose to tax participatory note holders. Participatory Notes, or PNs, are derivative products sold by registered FIIs to overseas investors who are not directly registered in India, and it mimics the performance of an underlying Indian security. However, the view that the government intends to tax FIIs did not go well with both FIIs and domestic investors as the market feared an exodus of funds from India. Foreign funds remained net sellers last week, with net sales of around ₹ 1,100 crore ($216 million) in the week to Thursday. The worry persists on two provisions announced last month. The first gives India power to retroactively tax indirect transfer of assets, and the second targets tax evaders via proposed general anti-avoidance rules (GAAR). The finance minister’s statement on Friday cleared some doubts, but both FIIs and general investors have been clamouring for more clarity on this issue. 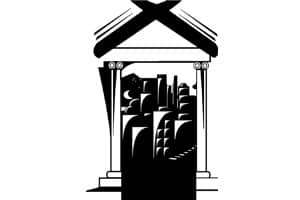 Global bourses traded broadly lower, but US bourses were the best performers among the major stock markets. US bourses, which closed about a percent higher, saw continued flow of positive economic indicators last week. US consumer spending rose the most in seven months in February, though personal income rose only modestly. Data from Europe and China were not as encouraging, but falling crude oil prices kept hopes alive for improved economic activity.

Market sentiment has turned positive due to lower crude prices and optimism ahead of earnings season. Though the big-ticket earnings season will start from next week, equities could see selective buying by funds and traders. With falling crude prices and moderating inflation, there is scope for RBI to cut interest rates in its meeting later this month. However, the expectations are only moderate.

Amid the optimism, the outlook for the stock market is cautiously positive and more gains are likely in the holiday shortened week. Indian stock markets are in a trading band, and unless the markets close either below 5,142 points now on the downside or 5,467 points on the upside, the trend will continue to remain range-bound volatile. This will remain true this week as well. It is worth mentioning here that the markets went below the lower band of the trading band mentioned last week. But as I had said, the Nifty index on the National Stock Exchange needs to settle below or above the trading range mentioned above for a valid confirmation. The Nifty, though, breached the lower band, which was at 5,167 points, but both the conditions of confirmation—a fall with strong volumes and a close below this level—were not fulfilled.