Are you in the market for an e-book reader and a subscription to a major American daily newspaper? Then there is good news for you. The New York Times and bookseller Barnes and Noble have come together to offer the latter’s Simple Touch Nook e-reader for free, along with a one-year digital subscription to the newspaper.

It is unclear who is footing the bill for the cost of the device. But for a similar deal involving subscriptions to Time Inc.’s People magazine, the paidContent.org website revealed that the retailer and the media company were splitting costs. 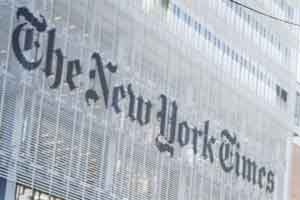 While some analysts believe that Barnes and Noble may be trying to get rid of Nook stocks —sales have been below expectations—it is a deal that seems to make long-term sense for both companies.

Worldwide, especially in mature media markets, titles are struggling to find subscribers. And while digital consumption of news is growing, attempts to monetize this with any scale are still at a nascent stage.

Consumers, meanwhile, are showing an insatiable appetite for gadgets such as phones, tablets and e-book readers. Why not give them something they want—an e-reader—in exchange for something they might grow to love over time—a newspaper?

Both brands hope that these new customers will persist with their choices. If the strategy works, it could force other major brands to follow suit. Even if this means admitting that cheap gadgets maybe a bigger draw than world-class news.

Can newfangled gadgets rejuvenate the media? Tell us at views@livemint.com