Home / Opinion / Online-views /  S&amp;P downgrade threat and a government in denial
Back
Share Via

S&amp;P downgrade threat and a government in denial

S&P downgrade threat and a government in denial

India is at risk of losing its investment grade rating, which would make it the first BRIC (Brazil, Russia, India, China) economy to have its rating reduced to junk status. On 11 June, the US rating agency Standard and Poor’s (S&P) released a report titled Will India be the first BRIC fallen angel?, warning of the possibility. The outlook on India’s rating had been reduced from stable to negative in April this year. The positive-negative-stable outlook that rating agencies use is like an early warning flag that tells the market what could lie ahead. A stable outlook says that the current sovereign rating of the country will not change in the next few months. A negative outlook means that there is a danger of the rating getting downgraded; the positive one is the reverse—the rating may get better. India moved to the investment grade rating in 2007 and has been stable at an S&P BBB-, but this changed in April with the stable outlook changing to negative. If India’s rating slides a notch, we move to the highest grade in the speculative grade ratings, or a BB+. It usually takes between six months and a full year before the outlook change translates into a rating change. The S&P report, coming so soon after the change in outlook, has taken the market by surprise. 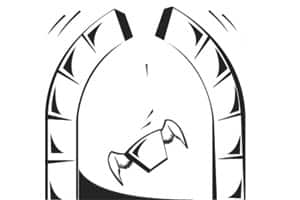 If we can step over the obvious double standards used by rating agencies and read the S&P report, there is little to disagree with. The country is stumbling, says the report, due to a lack of political focus on how it is to be governed. The deadlock in policymaking, the ambiguity on reform, an “un-elected" Prime Minister with limited power over the cabinet, the duality of power between party president and leader of the government that bring on a policy freeze are some of the reasons the report cites for a possible rating downgrade. The slide in economic indicators is palpable in everyday life as well. Household budgets are tighter, monthly spending on loans higher, increments are poor and job cuts in the private sector happen silently. The downgrade, if it happens, will mean that the rating agency is of the view that India is unable to pay its debt. This will affect the cost of money—companies will be unable to raise money abroad easily and will have to pay more. The impact on the stock market may be deeper—many institutional investors such as pension funds use these ratings as a broad indicator of entry. Their rules only allow them to invest in an investment grade country. Losing the rating will cause equity funds to flow out. It is a downward spiral that will take some time to reverse.

The only tiny positive piece about the downgrade threat is that it pins the blame where it belongs, on the dysfunction of the government and politics. The good thing is that India is a functioning democracy with a robust election process. We also hunker down and wait well. All eyes are on 2014 now for change. To change the government and then the outlook. What do we do with our equity investing till then? There are two rules that work for stock market-linked investing. This should be money that you do not need in a hurry—your investing horizon must be over five years. Two, you must follow the rules of having a rough asset allocation in mind. If a bear market is showing you lighter on equity, here on may be the time to begin investing if you had stopped. Select fund managers are beginning to see value and though we don’t know when the bottom will be reached, starting around now may not be such a bad idea.