Design" and “designer" now function as trivial if not unglamorous terms in our globish lexicon—as in designer sunglasses and jeans, saris and salads. Design—like the vast labeliana it has spawned—is now deployed to define consumer lifestyle, incite consumer need. It sprinkles the logo-gold of desirability upon objects otherwise lost in the flotsam of overproduced banality that is so much of the modern economy. In India, design has become hostage to the big-jewel, big-print Ethnarchs and the crimped-waist, wan-cheeked fashionistas.

Yet there was a time when design was expressive of a greater seriousness of purpose. It spoke of a hope to solve ordinary problems of everyday living through efficient, large-scale means that might still retain a certain aesthetic integrity. Such solutions drew on the accumulated learning of past answers to everyday problems, often craft-based and artisanal—solutions that by definition were local, small-scale, home-grown. One of the functions of the new activity of design, as it came to be defined in the 20th century, was to find equivalent solutions for the problems of modern life, in ways that maintained aesthetic integrity but were economical and could be scaled to the magnitudes of the new mass societies. Modern beauty now lay in a combination of all these elements: function, form, and mass accessibility.

It’s worth recovering that sense of the Designer: not as the herald of the latest high heel, but as a missionary of the well-made mundane.

The rise of the Designer as a public figure, and of Design as a professional practice, is in fact the outcome of two convergent processes definitive of the modern age. The first was the rise of mass industrial production, and consequent the imperative to invent signs of distinction—distinctive signatures—in order to market certain products as desirable. The second, parallel, process was the rise of mass democracy, and a desire on the part of certain thinkers, often visionary intellectuals, to create objects and ways of living for a democratic age that, while widely and cheaply available, would embody the accumulated wisdom and aesthetic integrity of past craft. Others, however, embraced the possibilities opened by industrial production—the new materials, and the ability to produce cheaply and on a large-scale—while at the same time working to retain the qualities, the special tactility and ferocious attention to detail, that was the hallmark of artisanal making.

Walter Gropius and the Bauhaus school in Germany; Le Corbusier in France; Charles and Ray Eames in the US. Each of these figures, and the movements they inspired, sought to harness the materials of the new age—steel, glass, concrete, plastic, plywood—to make buildings, furniture and everyday objects that met real needs, that could be produced on a mass scale, and yet retained a human dimension and at-handness. Strikingly, each of these three—and in particular Corbusier and the Eameses—would leave an impression on India’s built landscape and its design cultures.

Both Rabindranath Tagore and Jawaharlal Nehru, aesthetes in their own ways, didn’t follow Mahatma Gandhi in rejecting modern technology and production. Tagore visited the Bauhaus and at his invitation an exhibition of their work travelled to Calcutta (now Kolkata) as early as 1922. After independence, Nehru of course invited Corbusier to erect his new designs for living on the India landscape. And Nehru was also involved in getting Charles and Ray to India in the mid-1950s, for the first of several visits. 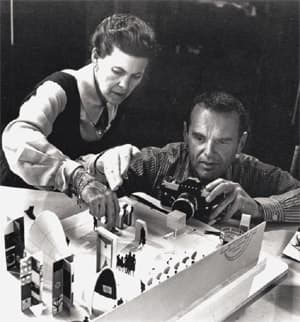 I thought about the Eames report as I recently walked around their extraordinary home situated on a Los Angeles cliffside: Built in 1949 from the then cheapest and most easily available industrial materials (metal frames and sheets, glass, plywood), they made of it an example of how to live with individuality in a mass age.

Their India Report proposed a view of design and its role in the modern world far more radical than the catwalk “scandals" and gallery “outrages" of our current crop of designers and artistes, cupcake tyros all of them. It envisaged an “institute of design, research and service": each term vital in its inter-relation. Design grew out of research into the real problems and needs of society, and by finding solutions at the big scale that India needed, it served a broader social purpose. Above all, the role of the modern designer was not proudly to offer his own signature solutions: Rather, it was “to help others solve their own problems".

In India, Charles Eames was famously fascinated by everyday objects like the lota and the matka (spherical water vessels). It now passes for academic insight to dismiss such fascination as a Western, Orientalist weakness for the primitive and craftsy; but what’s more interesting is the ability to recognize solutions that could not be improved upon. A sculptural object of extreme practicality, the lota is a supremely intended object: Yet, though its purpose cannot be mistaken, it is the product not of any individual “design" intention but of the coalescence of many generations of intention. As much as the particular object, what interested Eames was the organic process that resulted in the lota. For him it symbolized a necessary contemporary attitude, one “that will appraise and solve the problems of our coming times with the same tremendous service, dignity and love that the Lota served its time."

Design, then, is neither the gift of an artistic temperament, nor the technical abilities of the engineer. It is an act of intellection, the encounter of historically enriched imagination with the constraints of the real, in search of scalable solutions to practical problems. And it embodies “a relentless search for quality that must be maintained", as the Eames report put it, “if this new Republic is to survive."

Market success today rests increasingly on the ability to produce and trade in ideas, not goods. Think, for instance, of Jonathan Ive’s brilliant work for Apple: It’s that design intelligence, not any particular manufacturing skill, which has defined Apple and given it a stock market value of approaching $500 billion, or around ₹ 24.95 trillion (more than a quarter of India’s total annual GDP). Apple’s designs are of course as much entrapping as enabling: They lock us into a particular technical architecture. 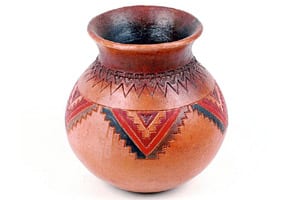 The matka is a sculptural object of extreme practical

“In a country that faces the food, shelter and distribution problems that India does," Charles and Ray wrote in 1958, “it might be well to take a close look at those things that constitute a ‘Standard of Living’ in India… What are the real values? To what degree is snobbery and pretension linked with standard of living? How much pretension can a young Republic afford? What does India ultimately desire? What do Indians desire for themselves and for India?" These questions from over half a century ago resonate today as we build and make, design and market, more energetically than ever before.

Sunil Khilnani, Avantha professor and director, King’s India Institute, is the author of The Idea of India, published in a new edition. Write to him at publiceye@livemint.com