Thanks for Visiting Mint
You seem to have an Ad Blocker on. Please turn it off in order to continue, or whitelist Mint
HOW TO TURN OFF AD BLOCKER
OR
REFRESH IF YOU ALREADY TURNED OFF THE AD BLOCKER
Home >Opinion >Online-views >The challenges facing EU and US

The challenges facing EU and US

The challenges facing EU and US

Economic policymaking has never been in greater flux. In 2011, though Europe experimented with severe fiscal austerity and the US with aggressive monetary easing, it brought little relief to their faltering economies.

In the US, fierce ideological opposition to any further stimulus spending on the face of high fiscal deficits has kept the unemployment rate at a high plateau. Across the Atlantic, fiscal austerity has exacerbated the economic weakness, increased public debt-to-GDP ratios, frozen credit markets, and taken the euro project to its brink. On both sides, fiscally constrained and politically paralysed governments have largely abdicated the policymaking space, leaving central banks and monetary authorities with the onerous task of stabilizing financial markets and restoring economic growth. 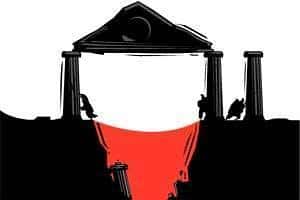 While these extraordinary measures have surely contributed to stabilizing the global financial markets, they have also had several undesirable consequences. The Fed’s balance sheet has tripled since late-2008 and the world is awash with cheap liquidity. Instead of helping drive investments and boost aggregate demand, this liquidity has flown into the financial markets and amplified market volatility. The big banks have benefited and gotten even bigger and riskier. Emerging economies face the destabilizing force of volatile capital flows. Countries like India have borne their brunt as capital markets have crashed, currencies have depreciated sharply, and inflation has surged.

More fundamentally, the underlying belief that the pre-crisis economic growth trend can be regained by merely restoring financial markets to their pre-crisis normal may be misplaced. It discounts the possibility that a restoration of the pre-crisis normalcy may not only be impossible but also undesirable. It glosses over the accidental confluence of favourable factors—rapid growth in emerging economies, trade and financial market liberalization, and productivity improvements from advances in information and communication technology—that contributed to the long period of sustained low inflation, low unemployment and high economic growth rates in the past two decades. It ignores the regulatory failures and excesses that inflated the bubbles. Now, many of these factors have subsided and the excesses have to be purged.

Further, it overlooks the need for fundamental structural reforms in both the US and European economies. As Joseph Stiglitz outlined recently in Vanity Fair magazine (January 2012), the structural transition from manufacturing to productive services in the US has squeezed its labour market. Its restoration requires huge investments in education and support for basic research. Any meaningful attempt to address America’s huge fiscal deficit should focus on reforms that can rein in healthcare expenditure. If the mountain of mortgage debt accumulated by millions of American households is not effectively addressed, it will constrain consumption demand for years to come.

In Europe, in the aftermath of monetary union, driven by cheap cross-border capital flows, the peripheral economies experienced real estate bubbles and public spending booms. The rapid economic growth was accompanied by sharp increase in wages and a resultant erosion of external competitiveness. Since the traditional route to regain competitiveness—currency devaluation—is unavailable, these countries have opted for internal devaluation by implementing wage freezes and fiscal austerity. But this runs the risk of prolonged deflation and stagnation, recovery from which can be incredibly difficult and painful. In the circumstances, a more effective and less painful remedy is a massive German stimulus that can create export demand for peripheral economies and induce mild inflation in Germany.

However, critics of monetary accommodation overlook the fact that democratic governments cannot be seen to be doing nothing, especially when large numbers of people are unemployed and incomes are falling. Even accepting the hazards of monetary accommodation, inactivity is surely unwise. Japan’s almost two decade-long economic stagnation is a strong reminder about the perils of getting entrapped in deflationary recessions.

In the circumstances, the critical issue for examination in the year ahead is not whether government intervention is required or not, but rather about its nature and extent. The Fed may have reached its limit with loosening. But ECB can ensure that the current liquidity squeeze being experienced by Italy and Spain do not become a solvency crisis whose contagion could devastate the global financial markets. Instead of merely rescheduling debts and kicking the can down the road, euro zone bailouts should involve significant haircuts on private and even public bondholders.

On both sides, governments should prioritize fiscal policy measures that will cushion those most vulnerable from the economic downturn. This will provide the political stability required to implement the necessary difficult reforms. Since recovery will be prolonged, public works programmes that create infrastructure and jobs, financed with the current ultra-low rates, will help ease its path.

None of this can avoid a long period of belt-tightening and painfully slow recovery. It would bode well for the world economy if policymakers on both sides imbibe these lessons among their New Year resolutions. For 2012 appears likely to be another dismal year. But governments can strive to mitigate the gloom.

Gulzar Natarajan is a civil servant. These are his personal views