Thanks for Visiting Mint
You seem to have an Ad Blocker on. Please turn it off in order to continue, or whitelist Mint
HOW TO TURN OFF AD BLOCKER
OR
REFRESH IF YOU ALREADY TURNED OFF THE AD BLOCKER
Home >Opinion >Online-views >A gamble on growth

A gamble on growth

A gamble on growth 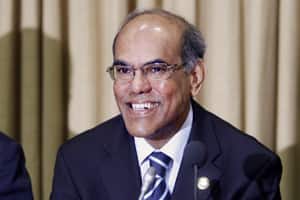 The response of both the equity and bond markets was relatively muted to the India central bank’s big bang 50 bps cut in the policy rate, the first after three years. Why was this so? Well, the surprise was in the depth of the cut—as the markets had already priced in a 25 bps cut—but that was largely neutralized by RBI’s guidance on the limited scope for further rate cuts as inflation risks persist.

Will RBI’s 50 basis points cut in rates make loans cheaper? Mint’s Tamal Bandyopadhyay examines the pressures that could keep them high for some time to come.

Why then did RBI go in for a 50 bps rate cut? It has front-loaded future cuts as well as covered the ground that it hadn’t in March. In other words, the window for easing monetary policy is very limited for the Indian central bank as inflation has not yet been tamed and is likely to rise in the next few months. So, RBI is not willing to take any chances and has opted for a deeper rate cut at one go. It could have started the cycle in March but did not do so and instead went for a cut in banks’ cash reserve ratio, or the portion of deposits that commercial banks need to keep with the central bank, to ease infuse liquidity in the cash-starved system.

A 50 bps rate cut is a bold move and very different from the “baby steps" that RBI governor D. Subbarao was fond of in the rate-tightening cycle between March 2010 and October 2011, when the central bank raised its policy rate 13 times. It’s also a gamble on growth. RBI wants commercial banks to cut loan rates and encourage corporations to invest by bringing down the cost of money.

Will the banks rush to cut loan rates and pass on the benefits to borrowers? It may not be easy as, with inflation expectations continuing to remain high, it will be difficult for banks to cut deposit rates. Unless they are able to pare deposit rates, the cost of money will not come down and, hence, borrowers will not get the immediate benefit. Banks may not pare their base rate, or minimum loan rate, overnight but cut their margins selectively for different industry segments.

The scope for bond yields moving southwards, however, is greater. The 10-year benchmark bond yield closed at 8.3408% on Tuesday, down from 8.46% on Monday and 8.4257% ahead on the policy announcement. With the policy rate dropping to 8%, theoretically the 10-year bond yield can come down further. This will benefit the government which plans to borrow a record Rs5.7 trillion this year to bridge an estimated 5.1% fiscal deficit.

When will we see the next rate cut? Possibly in the second half of the fiscal year, if inflation does not rise beyond RBI’s tolerance level and the government sticks to its commitment to fiscal consolidation. Finance minister Pranab Mukherjee committed in the budget to keep subsidies at 2% of gross domestic product (GDP) and this can be done only if the government gathers the courage to raise prices of diesel, kerosene and liquified petroleum gas. In other words, Subbarao has done his job by reversing the interest rate cycle and it’s up to the government now to complete the cycle by taking the right fiscal steps if it wants Asia’s third largest economy to return to the high-growth path.

Finance minister Mukherjee almost announced the monetary policy in Delhi half an hour before RBI unveiled it in Mumbai. Addressing the annual conference of the Confederation of Indian Industry, Mukherjee said moderating inflation may allow a reversal in the central bank’s interest rate policy. Indeed, the monetary and fiscal authorities should work in close coordination, but one would have expected more discretion from an astute politician like Mukherjee.

This also probably indicates that politics has played as much a critical role as economics behind this rate cut.