Close on the heels of its 20 June order, the Competition Commission of India (CCI) on 30 July disposed of the other pending case against cement companies. Besides the trade association—the Cement Manufacturers Association (CMA)—the 20 June order covered ACC, Gujarat Ambuja, Grasim/Ultratech, Jaypee, India, JK, Century, Madras, Binani and Lafarge with a cumulative penalty of ₹ 6,306.59 crore. Pursuant to the 30 July decision, CCI has imposed an additional penalty of ₹ 397.51 crore on Shree Cements, taking the cumulative to an unprecedented ₹ 6,704.1 crore.

If the quantum of the penalty was to be the barometer, CCI’s twin orders against cement companies are most certainly landmark decisions. However, the million dollar question that remains to be addressed is whether the twin orders will stand the inevitable scrutiny of the appellate tribunal. 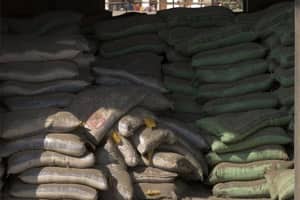 The CCI order notes that the cement companies had sought to argue that reliance upon production, dispatch and price parallelism is merely circumstantial/indirect evidence and hence an anti-competitive “agreement" to fix price/output cannot be inferred. However, CCI’s order was quick to counter the cement companies’ arguments by noting that the “institutionalized interactions" at CMA facilitating exchange of retail and wholesale prices were indeed proved by production, dispatch and price parallelism.

In other jurisdictions such as the US, parallel conduct per se is usually insufficient to constitute violation of competition law. Further, to sustain a finding of the infraction of competition law, the competition authorities’ analysis of “plus factors" includes evidence to prove (a) motivation to enter into such an agreement; and (b) actions contrary to the defendant’s self-interest.

Such arguments will presumably take centre stage at the appellate tribunal. Indeed, unlike the usual, run-of-the-mill appeals to superior judicial authorities, the Competition Appellate Tribunal also has the power to analyze and adjudicate upon questions of fact and law, which parties did not address at the stage of arguments at CCI.

The latest statistics released by CCI indicates that as of 30 June, CCI has disposed of 206 cases and merely 65 (including 26 at the director general for investigation) are pending at CCI. In all likelihood, many of the above 206 cases will be appealed. CCI’s efficiency in quick disposal of cases is likely to lead to an unintended consequence: the real jurisprudence of Indian competition law will be determined by the appellate tribunal under the stewardship of the new chairperson, Justice V.S. Sirpurkar, who retired from the Supreme Court last year.

Since Justice Sirpurkar is well known for his expertise in procedural as well as substantive law, some of the questions raised above in the cement case are likely to be addressed in appeal. Such an analysis emanating from the appellate tribunal will have far-reaching implications not only for the cases in appeal, but also for the 65 pending cases at CCI and future competition concerns in all sectors including cement.

Rahul Singh is an expert on competition law and is a counsel at Trilegal. He also teaches at the National Law School, Bangalore.