Finally, viewers will get some relief from the current advertising clutter on television. Earlier this week, the Telecom Regulatory Authority of India (Trai) notified new rules on the duration of advertisements under the standards of quality of service regulations, 2012 (See Fine Print of 20 March 2009, 14 October 2010, and 4 April 2012, related to this topic).

This regulation is not new but an elaboration of a clause in the advertising code under the Cable Network Act. This clause stipulates that advertisements, including in-house promotions, should not exceed 12 minutes in an hour.

The Trai notification further clarifies that this rule is applicable to every clock hour. It also elaborates on the minimum gap between two advertisement breaks—this should not be less than 15 minutes in the case of regular programming and 30 minutes when it comes to feature films. This clearly implies fewer interruptions for viewers. 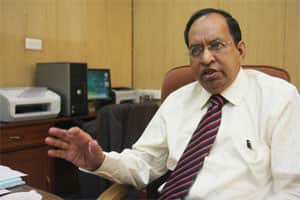 The new changes favour the consumer—perhaps a parting gift from J.S. Sarma, who retired as chairman of the regulator a few days ago.

The overwhelming response to the Trai consultation paper earlier in March on the same topic and now, after this notification, indicates that industry isn’t too happy with the changes.

Advertisements are an important revenue source and any restriction on duration and frequency has a direct impact on income. With Trai having already fixed tariff rates, the squeeze is being felt from both ends for the 700-plus channels in the country. Their business model and very existence are being threatened by this simple populist ruling.

Broadcasting is an important business sector, contributing to the overall economy. The digitization plans that are under way seek to address issues of transparency and quality. Within this context, it’s not surprising that most industry lobbies and players are against the Trai notification.

They have questioned Trai’s remit extending over advertising. In the broadcasting and cable television service sector, Trai has been concerned with the implementation and the monitoring of interconnection, tariffs, quality of service, licensing issues, digitization, etc. In the absence of an independent media regulator, content-related issues, including advertisements, are still overseen by the ministry of information and broadcasting.

Trai’s justification is that it’s responsible for quality of service standards. The new rules are aimed at ensuring this.

Conventions prevalent overseas are used to argue both for and against such regulations. However, we have a unique media scenario in our country. The socio-economic and development challenges faced by our country are also distinctive. The role and relevance of advertisements are, therefore, often hotly debated.

A few days ago, the information and broadcasting minister was grilled in Parliament by lawmakers across party lines over the telecast of advertisements that were considered demeaning to women. They demanded action against the erring channels.

There are reports that the Competition Commission of India, on a complaint by a consumer advocacy group, may look at whether television channels abused their dominance or have formed cartels that operate against consumer interest when it comes to advertising slots. By running ads at the same time, viewers are supposedly held back from switching channels and thus being able to exercise choice, according to the reports.

For me, the concern is the implementation of, and compliance with, rules. Especially since the viewer is yet to proactively complain or provide feedback to ensure such populist measures are enforceable.

P.N. Vasanti is director of New Delhi-based multidisciplinary research organization Centre for Media Studies (CMS). She is a researcher and adviser on policy issues in broadcasting.