Is India a suicide country?

Is India a suicide country?

Almost all of us have, through the unfortunate experience of a relative, an acquaintance or a friend, been exposed to the trauma of suicide; personally I have been associated with such an experience thrice. This unnatural and often violent form of death left me confounded (I never saw it coming) and hugely frustrated (at the loss that could have been prevented with timely help). 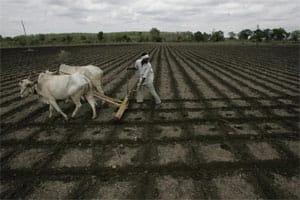 The study not only confirms the claims of the World Health Organization (WHO) but also uncovers hitherto unknown factors influencing suicides, and worrying trends. According to WHO, 900,000 people succumb to suicide worldwide; of this figure, 200,000 occur in China, 170,000 in India and 140,000 in developed countries of the world. If the absolute numbers are staggering, then the suicide rates, substantially higher than in developed countries, are even more worrying.

We can quibble about the numbers, given that the National Crime Records Bureau reported 135,000 suicide deaths in 2010. The study itself points to the anomalies in documenting such deaths and we have sufficient anecdotal evidence to suggest similarly. But that is not the point at all. It is simply that suicides are on the rise and that, too, among the young—the less-than-35-year category accounts for the majority of the country’s population today and will remain so for some time to come.

The study, based on a survey, found that most of the deaths by suicide occurred at ages 15–69 years (110,000 men, 70,000 women). “According to the 2010 suicide death rates we estimated, a 15-year-old person in India has a cumulative risk of 1·3% for dying from suicide before they are 80 years of age, with greater risk in men than in women, and substantially greater risk in southern India than in the rest of India," the study reports.

The study estimates that suicide is the second most important cause of death in India. According to it, suicide deaths caused almost double the number of fatalities occurring from cardiovascular diseases for men and women.

Interestingly, all these states have very high literacy levels; 75.60% for Andhra Pradesh, 67.66% for Karnataka, 93.01% for Kerala and 80.33% for Tamil Nadu. Clearly, the preponderance of literates among the suicide victims should logically be high.

The obvious question is, what is it that makes young and well educated Indians take their own lives? That presumably should be the next stage of research. Anecdotally, it is not hard to figure out. The younger generation, born mostly after 1980, have, legitimately at that, acquired huge aspirations. The conspicuous consumer culture pervading life around us has only fuelled these sentiments.

Now, the only way these aspirations can be fulfilled is through jobs. And, as this column has been repeatedly stating, the record 9% growth trajectory witnessed in the last decade has failed to generate jobs—implying that it has been a simple case of jobless growth.

Going forward, therefore, the solutions are obvious. One, tackling suicides has to become part of a policy strategy. Very often, as doctors tell us, timely help from a counselling centre can save a life. Second, the economy has to shift to a growth process that generates jobs and reduces inequalities; at present we are adding nearly 10 million to the workforce every year, but able to absorb fewer than one-tenth in the workforce.

Clearly, the writing is on the wall.