The money phrase put forth in 2001 by O’Neill, London-based chief economist at Goldman Sachs, refers to Brazil, Russia, India and China. Brics is now a ubiquitous term for a new wave of emerging growth stars transforming markets.

Asked if it will become as common as Brics, Cashmore jokes: “Obviously, I’d like to think so. Adding an ‘I’ to Bric doesn’t roll off the tongue as easily."

There’s a compelling logic to expanding the Chindia concept to another member. China, India and Indonesia already generate economic activity equal to 44% of the US economy. Within five years, Cashmore says, the group’s gross domestic product (GDP) will surpass $10 trillion (Rs494 trillion), even amid modest growth rates. Talk about a no-brainer for investors. 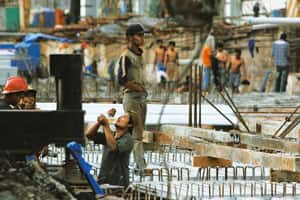 Yet, Chindonesia has just about everything value-oriented investors seek right now. Even its weakest link from a growth rate standpoint, Indonesia, has an economy expanding at the third fastest rate in Asia and faces brightening prospects.

Indonesia shows how, as much as these three economies may compete, they will complement each other. It’s a significant supplier of resources and can leverage the growth of Asia’s two nascent superpowers.

Commodity-rich Indonesia will benefit from ultra-low interest rates in developed nations. As their easy-money policies boost inflation, Indonesia will count the profits.

India and Indonesia, it’s worth pointing out, boast large and growing domestic economies that helped both sidestep the global crisis. Even though China is still too reliant on exports, many economists believe stimulus efforts will help Asia’s second biggest economy boost internal demand. While I have my doubts about that, it’s certainly possible.

The case for Chindonesia is really about the financial world we’re moving towards. The go-go global growth seen before 2007 is unlikely to return anytime soon. Also, the international balance of power is beginning to move away from New York, London and Hong Kong towards the developing world.

Cities that thrive off the trading of complex financial instruments are at a disadvantage as regulators turn to the task of reining in speculation. That will put a spotlight on high-growth nations with great potential and governments committed to reform. Chindonesia’s relative contribution to world GDP will increase as US’ declines.

Take India, which is on a high following Prime Minister Manmohan Singh’s recent re-election. The former central bank governor masterminded the 1990s market changes propelling rapid growth. He now has a bigger mandate for change, free of the small-party bosses that have stymied it.

The hope is that Singh will get control over India’s massive public debt, even as he improves infrastructure and education, and attacks corruption.

China’s outlook may be more complicated even as stimulus efforts produce results. Ethnic violence in Xinjiang province raises the spectre of social instability.

China, twice last week, failed to attract enough bidders in a government debt sale on speculation record bank lending will spark inflation. Talk about a bizarre challenge as the rest of the world fights deflation.

Indonesia’s challenges are equally daunting. A population roughly the size of Canada’s still lives on less than 70 cents a day per capita. Rampant corruption squanders economic growth and the risk of terrorism can’t be dismissed.

The good news is that President Susilo Bambang Yudhoyono looks to have won a second term in last week’s election. The economy can expand “significantly" more than 7% if Yudhoyono fulfils his pledge to fix the nation’s congested roads, neglected ports and ageing power plants, says Joachim von Amsberg, the World Bank representative in Jakarta.

Demographic trends are worth considering. As populations in the euro zone, Japan and Russia stagnate, Cashmore says China, India and Indonesia will add at least 170 million people to their workforces over the next decade. “This is Asia’s new growth triangle," Cashmore says.

If Asian leaders can maintain healthy growth and make sure its benefits are spread, demographics will be more of a blessing.

It’s a big “if", of course. And much could go wrong, be it a worsening global crisis, health pandemics or the need to address the forces of climate change. Negative surprises should indeed be expected in the years ahead.

When you look at demographics, the outlook for consumer demand and public balance sheets in developed nations, though, Chindonesia’s challenges sometimes seem almost manageable.