The approval of a “liberal" policy of foreign direct investment (FDI) in single and multi-brand retail by the United Progressive Alliance (UPA) has been hailed by everyone except political parties. But it would be a lie to call this long-pending approval a liberal measure. If anything, it reflects rather unhappy compromises by the government, compromises that may negate the benefits of changing the FDI regime. 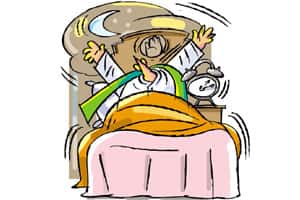 Multi-brand retail stores will only be allowed to set up shop in cities with a population of more than one million. That means (by the government’s own admission) only 53 out of the 8,000 towns and cities in the country. Does this mean that inflation is a problem in only 53 of the 8,000 towns and cities? The government has given no reason for this rather arbitrary cut-off line.

If foreign retail investors were to opt for more populated urban centres that would be understandable. But for the government to impose this restriction is devoid of economic logic.

The reasons are to be found elsewhere. The small trader—in whatever form one may encounter him: as a kirana shop owner, as a grain commission agent or as a forwarding agent—has a powerful political presence across the country. To allow foreign retailers in small towns will stir a hornets’ nest. Politically, it was not feasible for the government to permit this.

So from both economic and political sides, the decision is a bit baffling. Clearly, a better option would have been to take it much earlier, say by late 2009. By now, the first fruits of this policy would have been ready. Now, the benefits will only start accumulating by the next 18-24 months, too late for claiming any political points. Instead, opposition parties are having a field day in claiming the government has “sold out" to foreign investors.

The sequencing of reforms is an important aspect of policymaking, at least if a reformist government and citizens are to benefit from them. It is time this government understood that.

Did the government take the retail FDI decision too late? Tell us at views@livemint.com